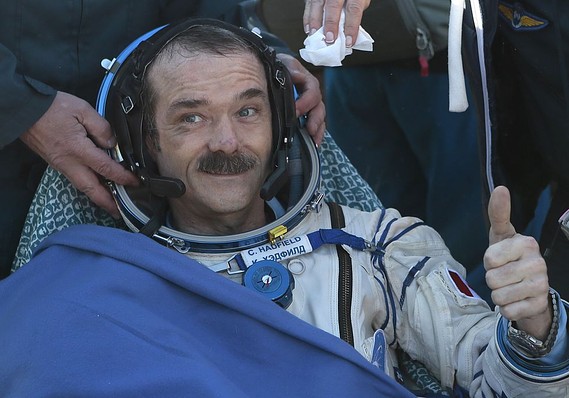 He has nearly 2 million followers on Twitter , wrote a couple of best sellers, drew some 34 million views with his viral rendition of a David Bowie song and conducted what was once hailed as “the coolest AMA in history” on Reddit.
Oh, yeah, he also served as commander of the International Space Station.
Now, retired Canadian astronaut Chris Hadfield is feeling the love over a year-end tweetstorm that put a positive spin on a bruising 2016.
The social-media legend got the ball rolling with this New Year’s Eve tweet:
With celebrity death and elections taking the media by the nose, it’s easy to forget that this year saw a great many positives. Let’s look.
From there, courtesy of “memory and a substantial bit of help from google,” Hadfield rattled off 46 reasons to smile back on the past year, although, as he acknowledged, “there are countless more examples, big and small.”
For now, let’s focus on the 10 developments he highlighted that resonated most across Twitter:
1.