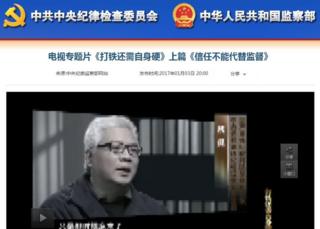 China’s anti-corruption agency says it is going to watch its officials more closely, after uncovering corruption within its own ranks.
It says 17 officials from the Central Commission for Discipline Inspection (CCDI) have been investigated for corruption since 2012.
A sweeping anti-corruption drive has been a defining feature of Xi Jinping’s presidency.
More than a million officials have been punished so far, says the government.
The CCDI has been front and centre in Mr Xi’s anti-corruption drive, directing the investigations into, and punishment of, officials across the country.
But the powerful watchdog has admitted that it is not immune.
It revealed this in surprising fashion last week – through a television show, co-produced with national broadcaster CCTV, featuring the confessions of senior inspectors who have since been jailed.
The China Daily newspaper reported at the weekend that a total of 7,900 disciplinary CCDI officials had been punished for some form of violation over the past four years. Among them were the 17 anti-corruption officials investigated for corruption.
Televised confessions have become de rigeur for Chinese authorities seeking to make an example of people.
The CCDI made a similar show last October featuring corrupt officials from other agencies, but the latest show focused squarely on the CCDI itself.
Titled “Forging Steel Requires Strength in One’s Body”, it was unabashedly billed as a demonstration of resolve.
It was the most public admission to date of corruption within the CCDI ranks.
The three-part show featured CCDI inspectors penitently detailing how they pressured other officials, including higher-ranked ones, for bribes in return for granting them favours.
One official admitted taking 141m yuan ($20.4m; £16.7m) in bribes, along with more than 1,000 bottles of alcohol.
Xinhua news agency said the arrests of high-level CCDI inspectors “were a wake-up call: trust in any party cadre cannot replace supervision”.
But in a separate article, the news agency reported that 93% of Chinese people were satisfied with the government’s anti-corruption efforts.
State-linked newspaper Global Times said the TV programme showed “the party’s determination to combat corruption and deter the officials”.
The CCDI held its annual meeting at the weekend, where the agency put in place the new rule.
Its official statement did not contain much detail, but said it would involve “close supervision of work processes”, including the “clear and accurate” handling of investigations, tip-offs, and money and materials in corruption cases.
It would also regulate procedures for interrogations and collection of evidence.
Anti-corruption agents have sweeping powers, including the authority to arrest people off the streets and interrogate them in secret, without the need for a lawyer.
The new rule, the statement proclaimed, would ensure “CCDI’s self-supervision is combined with supervision from the Party and society”.
“Trust cannot replace supervision,” it said. “We must make sure the power granted by the Party and the people is not abused. “ 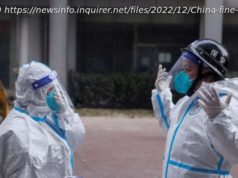 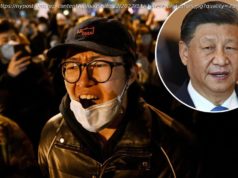 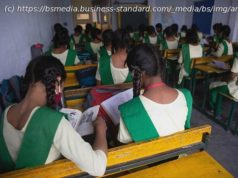