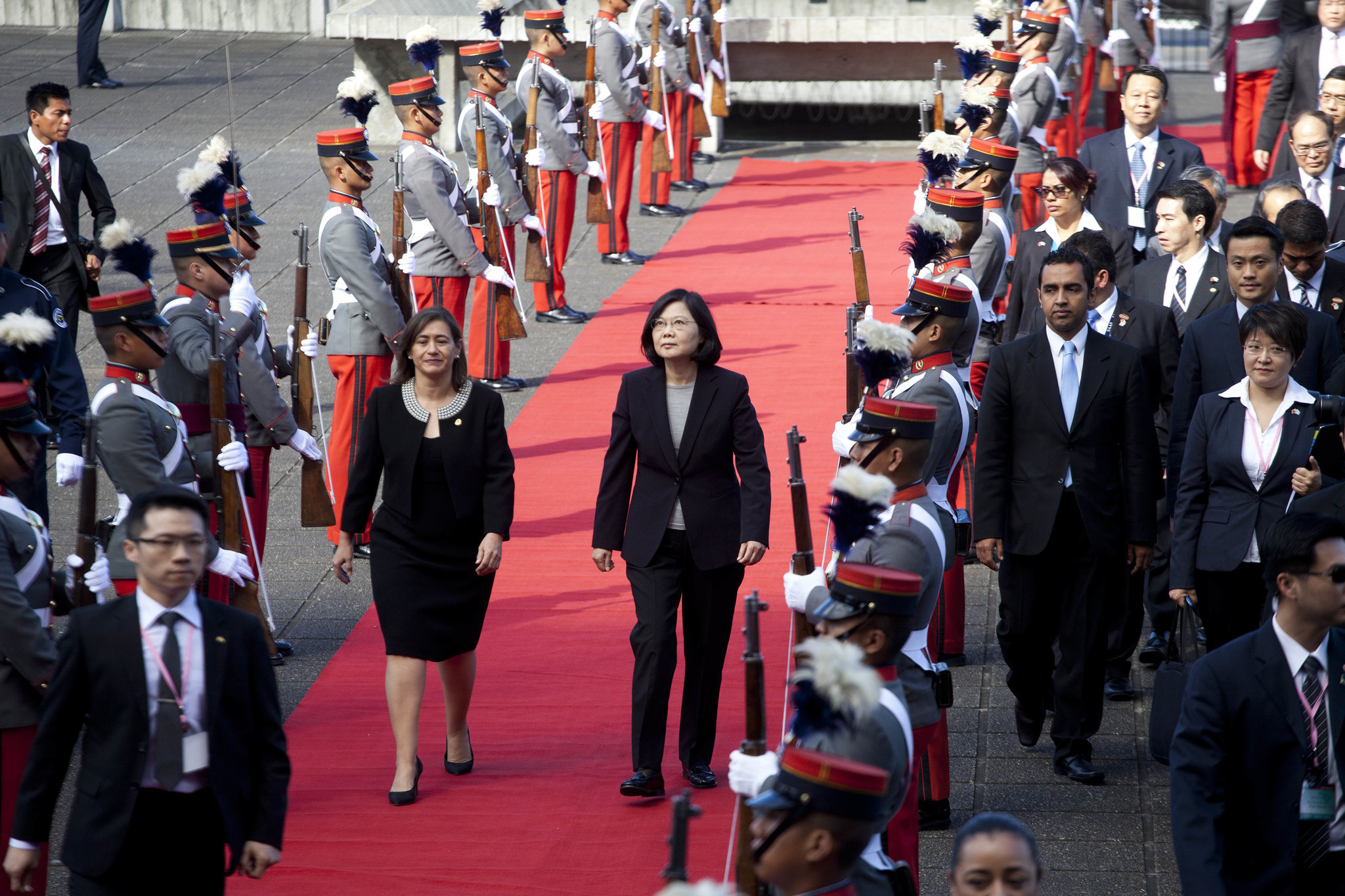 As a Chinese aircraft carrier floated ominously off her nation’s coast, Taiwan’s president short-hopped through the Americas this week, seeking to improve relations with the United States and Central America — while walking a fine line with Beijing.
Early indications are that Tsai Ing-wen’s trip was a success, solidifying ties with allies without angering China to the point of retaliation. Still, the trip was closely watched by Beijing, which had the the carrier pass off the Taiwanese coast as a warning and may have engineered a diplomatic shakeup on Thursday.
“So far she’s got better than a passing grade,” said Raymond Wu, managing director of the Taipei-based political risk consultancy e-telligence. “In a sense, she’s been able to complete the multiple purposes she had on the trip. The reception domestically should be largely positive.”
Many in Taiwan see the president’s journey as a pivot point in the isolated island’s ever-precarious diplomatic relations. With their economy depending on much of the world for trade, people here want stronger ties in the Americas, especially with the United States.
Tsai was due to stop in San Francisco on Friday on her way from Central America back to Taiwan. On her outbound leg last week, she stopped in Houston, where she talked to Texas Gov. Greg Abbott about trade, tourism and investment connections between his state and Taiwan.
China had asked Washington, which does not formally recognize Taiwan diplomatically, to block the stopovers, which are technically intended only to allow her to change planes.
While in Texas, the president also met with Republican Sen. Ted Cruz , despite pressure from China to avoid her. Cruz issued a statement saying that Beijing “needs to understand that in America we make decisions about meeting with visitors for ourselves.”
Cruz had previously said he supported Tsai’s Dec. 2 phone call with President-elect Donald Trump. The call, a first for U. S. and Taiwan leaders since the 1970s, sparked a strong protest from China and the initial appearance last month of its Liaoning aircraft carrier near Taiwan’s coast.