China “is ripping us off , folks! ” said Donald Trump in April 2016.
With that in mind, it’s surely inconceivable that the incoming U. S. President won’t play to his electoral base and implement measures to address what he sees as a grossly unfair Sino-U. S. trade relationship. But that need not necessarily mean huge problems for China.
Beijing might not want a worsening of Sino-U. S. trade relations, but the global spread of China’s exports now renders the Chinese economy less vulnerable to pressure from any one market, even the United States.
Such pressure might even prove to be a blessing in disguise if it were to lead to Beijing embracing economic reforms at home.
Trump said last week that America’s trade deals are “a disaster”.
“We have hundreds of billions of dollars of losses on a yearly basis – hundreds of billions with China on trade and trade imbalance, with Japan , with Mexico , with just about everybody. We don’t make good deals anymore,” he said.
The way the currency market has pulverized the Mexican peso is evidences of the belief that Mexico will be susceptible to pressure from a Trump White House.
But as Stephen Li Jen of London-based Eurizon SLJ Macro noted on Jan 10, while 82 per cent of Mexico’s total exports go to the United States, only 19 per cent of China’s exports do so. “China may not be that vulnerable to trade barriers in the U. S.,” Jen wrote.
While there may still be lingering uncertainties in the outlook for private-sector investments and trade from the effects of a Trump presidency, Standard Chartered Bank’s Asia Chief Economist David Mann said he’s less concerned than might have been a decade ago, given that Asia’s economic linkages to the U. S. are now much weaker.
On top of that, Eurizon SLJ Macro’s Jen notes that “China’s economic structure has indeed been evolving from an externally driven system to one that resembles a more developed country. ”
In Jen’s view, “China continues to move up the value-added chain through innovations,” and so consequently access to high technology may be “more important to China than access to markets to which it can sell cheap goods. ”
In fact, Jen contends there are many in China who would not mind having U. S. protectionist policies, which would then compel Beijing to initiate reforms among state-owned and other enterprises.
Even if new trade barriers — which invite retaliation anyway — might not be as effective in discomfiting China as the Trump Presidency assumes, there’s also the simple fact that tariffs force US consumers to pay more for the same imports, making them poorer.
Trump’s attempts to cajole companies to build up U. S.-based manufacturing facilities, even though U. S. production costs are higher than elsewhere, might also result in US consumers paying more for goods.
Meanwhile, the Fitch Rating agency said last Thursday that Trump’s fiscal plans will result in “increasing medium-term pressures” on the U. S.’ AAA credit rating.
In that case, a legitimate question is whether Trump’s isolationist economic approach will prove attractive to international investors, such as China. The United States would ordinarily depend on such international investors to buy the increased supply of U. S. Treasuries to finance Trump’s spending plans.
That isolationist thread also provides China with a huge opportunity to seize the mantle as champion of anti-protectionism.
It’s no coincidence that China’s President Xi Jinping picked this very moment to make a state visit to Switzerland and drop by the World Economic Forum in Davos, just days before Donald Trump’s inauguration.
Indeed, “during President Xi’s visit, both sides will actively explore action to upgrade the free trade agreement” said China’s ambassador to Switzerland Geng Wenbing.
“Leaders of both countries will join hands to send strong signals to fight against any form of global protectionism blocking trade and investment flow,” he said.
Donald Trump can’t make China jump and his plans could yet backfire on the United States. 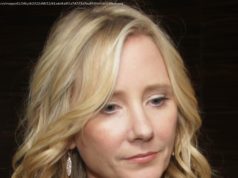 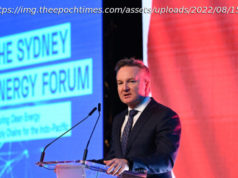 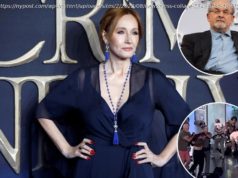 Police probe threat against J.K. Rowling after she tweets support for Salman Rushdie