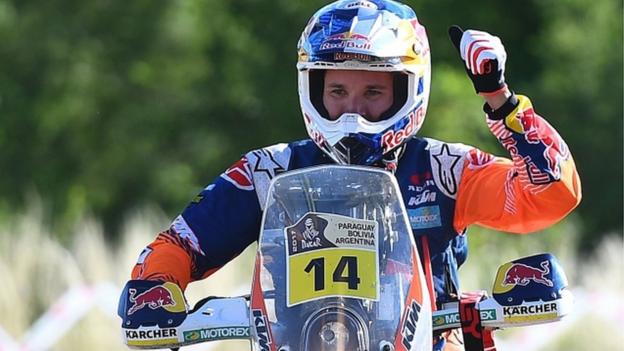 Sam Sunderland became the first British competitor to win the Dakar Rally when he took victory in the motorbikes classification on Saturday.
The 27-year-old came home 32 minutes ahead of nearest competitor Matthias Walkner of Austria after the final stage in Argentina.
The KTM rider, who is based in Dubai, took the lead after stage five of 12.
The 38th edition of the rally began in Asuncion, Paraguay and ran through Bolivia and Argentina.
In 2014, Sunderland became the first British rider to win a stage of Dakar since John Deacon in 1998.
This was his third attempt at winning the rally, having been forced to retire in 2012 and 2014 with mechanical problems. The 2016 winner, Toby Price of Australia, pulled out of this year’s race during the fourth stage.
Sunderland secured victory after safely navigating the final special stage, a 40-mile race into the Argentine town of Rio Cuarto.
It is the 16th year in a row that KTM have won the motorbike title.
French driver Stephane Peterhansel held off the challenge of compatriot Sebastien Loeb to win his seventh cars title. He has also won the bikes title six times.
Bath Saracens RFC
Winter Ski Training 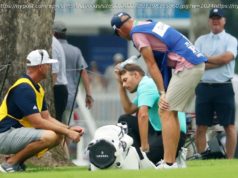 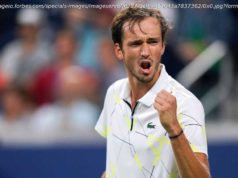 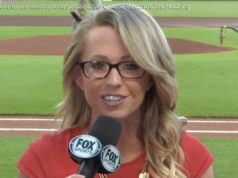