Two members of R&B group Tower Of Power have survived being hit by a train as they walked across railway tracks before a performance, their publicist said.
Jeremy Westby called the incident in the band’s home town of Oakland, California, an “unfortunate accident”.
He said in a statement that drummer David Garibaldi and bass player Marc van Wageningen are “responsive and being treated at a local hospital”.
The group has been an R&B institution for nearly 50 years with Garibaldi having been a member since 1970. Van Wageningen is substituting as bass player.
“We are monitoring their situation directly with the hospital,” band manager Tom Consolo said. “We will update everyone tomorrow but for tonight we ask that you send your prayers. ”
Without identifying them, Oakland Fire Department said two pedestrians were hit by a passenger train at Jack London Square about 7.30pm on Thursday and taken to hospital.
The accident happened near Yoshi’s, a jazz and R&B club where the group had been scheduled to play two shows on Thursday night. Both were cancelled.
It was not clear why the men were on the tracks, but pedestrians often need to cross them in the area with trains running across and in between streets, including right outside Yoshi’s.
Tower Of Power, a band of about a dozen members, most of them horns, have been beloved members of the R&B and pop communities since forming in Oakland in 1968.
The group and its rotating cast of musicians have recorded behind many far more famous names including Sir Elton John, Otis Redding, Aerosmith and Santana.
They were also a national TV fixture in the 1980s with frequent appearances on Late Night With David Letterman.
Tributes and good wishes were quickly emerging on Twitter, including one from pop star and drummer Sheila E, who tweeted “Pleez pray for my frenz”.
AP 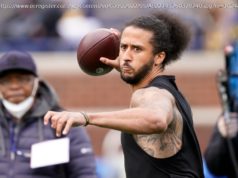 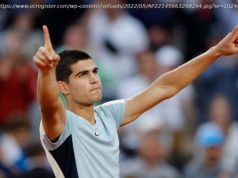 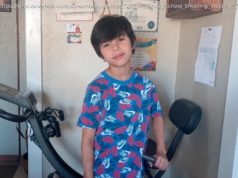