January 14, 2017
— The first thing to remember about Donald Trump’s Great Wall: It’s not a fence.
So said the president-elect at his first post-election news conference on Wednesday, correcting a reporter who inquired about whether Mexico would pay for the “border fence,” as promised on the campaign trail.
“On the fence – it’s not a fence. It’s a wall. You just misreported it. We’re going to build a wall,” said Mr. Trump.
The exchange came as House Republicans continue to hash out details with the incoming administration on a plan to resurrect parts of a border-control law passed by George W. Bush, according to Politico.
But it may have also underscored how outsized symbols of national and cultural sovereignty, like border walls or Islamic veils, have become prominent as political hot buttons in US and European immigration debates.
In the United States, immigration dialogues often revolve around the southern border. Imagery and rhetoric staged there resound well beyond it, many policy experts believe.
Where politicians take a hard rhetorical line on letting in new arrivals – and take conspicuous steps to keep them out – fewer immigrants are likely to attempt the journey, says Demetrios Papademetriou, president emeritus of the non-partisan Migration Policy Institute in Washington, D. C., and a former member of the Labor Department under the elder President Bush.
“The more people think you’re serious about controlling the border, the fewer among them are likely to try to come illegally,” Dr. Papademetriou tells The Christian Science Monitor in a Friday interview.
The 2006 law to be taken up by the House called for about 700 miles of double-layered fencing – a kind that leaves space for Border Patrol vehicles to drive between them. Only 36 miles of that was ever built, after the Department of Homeland Security protested against it, instead building hundreds of miles of other kinds of barriers, leading President Obama and some other Democrats to conclude that the spirit of the 2006 law had effectively been carried out.
Neither type of fence is stone and mortar, exactly. But the double-layered kind could get a rebranding under a Trump-sponsored plan.
“What he needs to do is build a mile or two or five, and I expect that he will,” says Papademetriou. “After that, he’ll say, ‘I promised you we’d do that, look how beautiful the wall is!’,” before the more complicated work of military-style border enforcement begins, with modern tools of surveillance and control.
For critics on the left, border walls are sometimes viewed as mere pageantry: as capital flits across borders, so too will labor, no matter how many physical obstacles are constructed. And some analyses of the build-up along international boundaries in recent decades found that most of the walls have been put up by rich countries to keep out their poorer neighbors.
“Not long ago, theorists argued that the nation-state and its borders were vanishing,” the Monitor’s Simon Montlake wrote in 2015 , continuing:
Papademetriou agrees. “In terms of rich countries trying to do border controls, this is a phenomenon of the past 25 years,” he says. “These are very, very new.”
Across Europe, governments have begun to take up barriers as a response to the influx of refugees and migrants. Most recently, Britain and France agreed to share costs for a $23 million concrete wall at the border town of Calais.
But Europeans have turned to another, even more symbolic response: legislation to restrict the wearing of Islamic veils in public spaces – even where, as in Germany, very few women actually use it, and where a tide of refugees from Syria and other war-ravaged countries was initially welcomed.
For European Union leaders pursuing such laws, “the symbolism of that is even more important,” says Papademetriou. “This is something that appeals to people in Europe who are really deeply concerned about the fact that their country is changing in front of their eyes. ”
The United States is no stranger to anxieties over the integrity of its cultural makeup, either. And Trump’s support among the “alt-right,” with its calls to “make America white again,” may have contributed to the wall’s decline in popularity, as measured by several surveys.
But his other controversial proposals on immigration, like the ban on Muslims or citizens of Muslim-majority countries, link the issue explicitly to national security. And the culture wars of recent decades, like English-only laws for schools, haven’t yet seen a renaissance during Trump’s rise, meaning the Mexican border remains the main stage, at least for now. 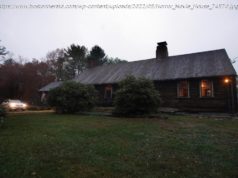 Home that inspired ‘The Conjuring’ sells for more than $1.5M 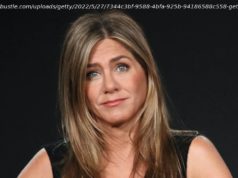 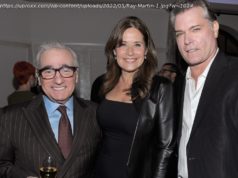 Martin Scorsese Reacts To Ray Liotta’s Death: ‘He Amazed Me’