IOWA CITY, Iowa — Iowa Coach Kirk Ferentz named offensive line coach and son Brian Ferentz as his new offensive coordinator Monday, less than a week after Greg Davis announced his retirement.
Brian Ferentz played for the Hawkeyes before getting into coaching. He later spent four seasons in various roles on the coaching staff of the New England Patriots, serving as a tight ends coach in 2010-11.
Now 33, Ferentz returned to Iowa in 2012 as its line coach, and he added running game coordinator to his duties in 2015. Iowa’s offensive line last year won the Joe Moore Award, given to the nation’s best unit.
“It’s been like a dream to me, and I just feel so excited and so happy to have been a part of this program for such a long time,” Brian Ferentz said. “That being said, my history helps me appreciate the responsibility as the offensive coordinator.”
Brian Ferentz has reported to Athletic Director Gary Barta, not his father, since being hired at Iowa in order to avoid charges of nepotism. Kirk Ferentz, who coached at UMaine for three seasons (1990, ’91 and ’92) said Monday that his son will continue to report to Barta.
“I don’t think it’s a huge deal. If anything, it probably works against him in this position. Everyone has an opinion about what he’s going to do,” Kirk Ferentz said about hiring his son to run his offense. “It’s just one more thing that’s going to be wrong the first time we go three-and-out.”
Iowa will also likely hire a new quarterbacks coach, since Davis was both the coordinator and the QB coach.
“He’s had a tremendous career at the University of Iowa … he appreciates what’s important here,” Kirk Ferentz said of his son. “Spending significant time in New England, starting from ground zero and working up to being a position coach and being around Bill Belichick and (Houston Texans Coach) Bill O’Brien has been really beneficial for him. They’re great guys to have as mentors.”
Brian Ferentz doesn’t have much experience working with quarterbacks. But his first major decision will be to find a new one for 2017 – and sophomore-to-be Nathan Stanley will be the player in the best position to fill it.
The school announced the deal that extends MacIntyre’s agreement for three more years. MacIntyre, who just led the Buffaloes to a 10-4 record, a Pac-12 South title and their first bowl appearance since 2007, will make $3.1 million in 2017. The value of his deal over the next five seasons is $16.25 million, the school announced.
Gamecocks Coach Will Muschamp announced the hire. Wolford takes over for Shawn Elliott, who was South Carolina’s offensive line coach before leaving last month to become Georgia State’s head coach.
The rest of the new Hall of Fame class of 13 players and coaches includes Southern California Heisman Trophy winner Matt Leinart, San Diego State running back Marshall Faulk and Danny Ford, who coached Clemson to its only national championship.
Reynolds’ 16 points led Bowdoin (8-6). Jack Simonds and Hugh O’Neill each added 12 points for the Polar Bears.
Kim Collins scored 17 for UMPI (5-8).
The Bears (15-0) have made a meteoric rise in the poll, going from a team that didn’t receive a vote in the preseason poll to one that received 55 first-place votes from the 65-member national media panel.
Villanova, which received one first-place vote, had been No. 1 for the last five weeks, but the Wildcats (15-1) dropped to third after losing at Butler last week.
Kansas (14-1), which was No. 1 on eight ballots, moved up from third to second, giving the Big 12 the top two teams in the poll.
UCLA (16-1), which got the other first-place vote, stayed fourth.
Gonzaga (15-0), the only other unbeaten Division I school, and Kentucky remained fifth and sixth, and Duke, Creighton, Florida State and West Virginia rounded out the top 10.
Acting head coach Jeff Capel said Jefferson’s foot will be re-evaluated after that game.
Jefferson averages 13.6 points and a team-best 10.1 rebounds for No. 7 Duke.
He was hurt in the first half of a victory over Boston College on Saturday when he landed awkwardly after a shot in the paint.
The Wildcats fell out of the Top 25, ending a streak of 132 consecutive weeks in the poll. It was the fifth-longest active streak and eighth longest overall. Kentucky split a pair of games last week, edging Missouri before losing to Texas A&M.
Kentucky’s streak started Feb. 1, 2010, and the Wildcats reached as high as fifth in the rankings.
While Kentucky dropped out of the poll, Connecticut remained No. 1.
The Huskies have the longest current run, being ranked for 441 straight weeks. That trails only Tennessee’s all-time record of 565 consecutive appearances in the poll.
Following the Huskies in the poll again were Baylor, Maryland, Mississippi State and South Carolina.
Notre Dame and Florida State switched places at Nos. 6 and 7, with Washington, Louisville and Oregon State rounding out the top 10.
The university said in a statement that Hankins’ body was found Monday afternoon. The statement from spokesman Carsten Parmenter said there is no indication of foul play or “any danger or threat to other members of the Northwestern community.”
The nature and cause of Hankins’ death will be determined by the Cook County Medical Examiner’s Office.
Women’s basketball coach Joe McKeown is calling Jordan, a sophomore, a “remarkably dynamic young woman,” adding her death is a “devastating loss for our basketball family.”
Were you interviewed for this story? If so, please fill out our accuracy form
Send questions/comments to the editors. 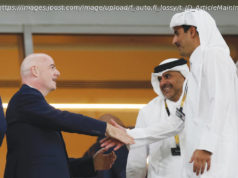