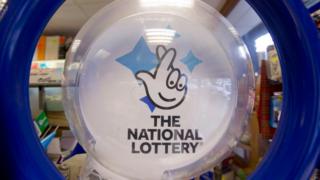 One lucky member of the public can start 2017 in the best way possible, after scooping a £26,293,902 jackpot on the National Lottery on New Year’s Eve.
The winning numbers, announced live on BBC One, were 10, 17, 35, 41, 51 and 54. The bonus number was 25.
It is the fifth biggest Lotto jackpot in its history, but it is not yet known if an individual or syndicate has won.
The biggest individual prize – of £35.1m – was won in April this year by someone who remains anonymous.
All five of the biggest winners in the National Lottery’s 22-year history scooped their jackpots in 2016.
That follows an overhaul of the game, which saw more numbers added and an increase in the amount to which rollovers could build over the weeks.
However, the prize money is still dwarfed by that available on the Euromillions, which has seen several British jackpot winners of more than £100m.
The Euromillions draw prize money comes from ticket sales in several European countries.