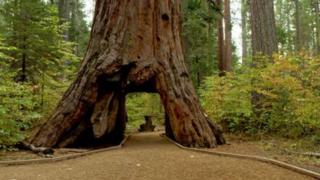 Storms in California have toppled one of America’s most famous trees – the Pioneer Cabin Tree.
The giant sequoia was known for having a hole cut through its trunk – big enough for a car to drive through.
The tree, estimated to be more than 1,000-years-old, was felled by the strongest storm to have hit the area in more than a decade.
California and Nevada have been hit by unusually high rainfall levels, leading to flooding and falling trees.
The Calaveras Big Trees Association first reported that the drive-through Pioneer Cabin Tree – carved 137 years ago – was no more.
The storm was “just too much for it”, the group wrote in a Facebook post that has drawn nearly 2,000 comments.
“Many memories were created under this tree,” one read. “They will remain good memories. ”
Others pointed out that the tree might have survived for longer if a tunnel had not been carved into it.
“You can’t cut a hole in a tree like this and expect it to live,” said one comment.
“This hole always bothered me so much. Why not just drive around it? ”
Park volunteer Jim Allday said the sequoia, also known as the Tunnel Tree, shattered as it hit the ground.
“We lost an old friend today,” he wrote in a social media post.
Giant sequoia are closely related to the redwood tree, which is considered the tallest tree species on earth , reaching 250ft (76 metres).
They only grow in the groves of California’s Sierra Nevada mountain range.
The tree fell as parts of California and Nevada were drenched by a seasonal weather system known as the Pineapple Express.
Not to be confused with the Seth Rogen movie of the same name, the Pineapple Express is an “atmospheric river” that extends across the Pacific from Hawaii to the US West Coast, meteorologists say.
“This is a serious flood situation,” the National Weather Service said in a special flood statement late Sunday night after the Russian River in California and the Truckee River in Nevada burst their banks.
Hundreds of people have been forced to flee their homes in Northern California and Nevada as water levels rise, and avalanches and mudslides close roads. 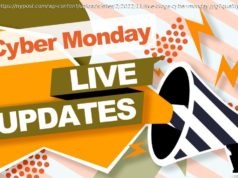 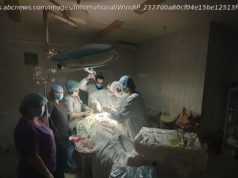 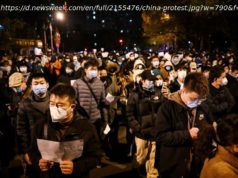