Donald Trump has chosen former Georgia governor Sonny Perdue to be his secretary of agriculture, completing a protracted search with implications for how the president-elect plans to deliver on his promises to the army of rural voters widely credited with helping him win the election.
A transition official confirmed the pick — the final traditional Cabinet department chief to be selected — which could be formally announced as early as Thursday.
Perdue, a former Democrat who switched to the Republican Party before governing Georgia for two terms from 2003 to 2011, has a strong agricultural background, having grown up on a farm and earned a doctorate in veterinary medicine. As governor of Georgia, he also took conservative stances on immigration and voting rights and drew national headlines for holding a public vigil to pray for rain in 2007 amidst a crippling drought.
Although Perdue’s Georgia is not among the nation’s top 10 agricultural states, it is home to 42,000 farms, with a strong focus in the cattle industry.
Perdue’s pick heads off abundant speculation that Trump was seeking a Latino for the job and aligns with the desires of Trump’s influential agricultural advisory committee, empaneled during the 2016 election and comprising influential Republican representatives, state officials and representatives of the industry. Members of this group reportedly disapproved strongly of Trump’s early consideration of a Democrat, Sen. Heidi Heitkamp of North Dakota, for the position. Perdue was a member of the advisory committee.
By picking Perdue, Trump has passed on appointing any Latinos to his Cabinet, the first time Cabinet meetings will lack someone from the nation’s largest minority population since 1988. That’s the year Lauro F. Cavazos became Ronald Reagan’s last education secretary and the first Latino ever nominated to the Cabinet.
Asked about the lack of Latino officials in the top ranks of the Trump administration, incoming White House press secretary Sean Spicer said Wednesday that Trump “has continued to seek out the best and the brightest to fill his Cabinet, but I don’t think that that’s the total reflection. We’ve got 5,000 positions. I think you’re going to see a very, very strong presence of the Hispanic community in his administration.”
Spicer urged reporters to look at the diversity of Trump’s senior White House staffers, but there are currently no Latinos appointed to senior positions. (Trump has yet to name a chairman of the Council of Economic Advisers, which has been a Cabinet-rank position in some administrations.)
Eric Tanenblatt, who was Perdue’s first chief of staff in the Georgia governor’s office, has argued that Trump and Perdue have a great deal in common, citing Perdue’s conversion to a Republican shortly before winning the Georgia governorship in 2002. He became the first Republican governor in the state in generations.
“As a successful governor, Perdue has the requisite experience to direct a massive bureaucracy of the sort necessary to conduct the Department’s many programs; as a southern governor and state lawmaker, he’s directly shaped agricultural policy and presided over a state with a $74-billion agricultural sector; and as a businessman with deep experience in agribusiness, he knows the challenges facing today’s farmers,” Tanenblatt said in a statement Wednesday night.
Although not one of the higher-profile Cabinet posts, Trump’s pick of an agriculture secretary took on added significance because his victory was bolstered by several swing states with large agricultural industries including Iowa, North Carolina and Wisconsin.
Trump has said that environmental regulations are “undermining our incredible farmers,” and some observers expect cuts to environmental and conservation programs at the Agriculture Department on his watch, as a Republican-controlled Congress moves to pass a new farm bill.
“It should be no surprise that the incoming Trump administration, which has proposed putting executives from Big Food and Big Oil in top cabinet positions, would pick someone like Governor Perdue – who has received taxpayer-funded farm subsidies – to lead the Department of Agriculture,” the Environmental Working Group said in a statement Wednesday night. “It’s certainly hard to imagine that a former fertilizer salesman will tackle the unregulated farm pollution that poisons our drinking water, turns Lake Erie green, and fouls the Chesapeake Bay and the Gulf of Mexico.”
Many of the core tensions of the presidential campaign run through the agricultural sector: It tends to depend on immigrant labor, and it tends to benefit from and support free trade. For instance, the American Farm Bureau Federation, a top agricultural group, is a big supporter of the Trans-Pacific Partnership, writing that “annual net farm income will increase by $4.4 billion, driven by an increase of direct U. S. agricultural exports of $5.3 billion per year upon full implementation of the TPP agreement.” Trump has staunchly opposed the trade agreement.
How Perdue will play a role in resolving these contradictions remains unclear, but he signed legislation in Georgia that sought to crack down on illegal immigration and drew widespread protests. As for trade, Perdue founded the Atlanta-based company Perdue Partners LLC after his governorship ended, promising to help companies find “new opportunities to sell American products and services abroad.”
The economics of agriculture are particularly pronounced at the moment, with net farm income having declined for three straight years now, from a high of over $120 billion in 2013 down to an expected $66.9 billion in 2016. A major question is likely to be whether, in this context, Congress and the new administration will support more government spending to help soften the blow to the sector.
Two key agricultural industries, cotton and dairy, are seeking government aid in the face of difficult market conditions, and changes to the programs affecting these commodities would likely only increase U. S. agricultural spending further. Both of these industries are strongly represented in Perdue’s Georgia, which is where Eli Whitney invented the cotton gin in 1793. Perdue himself grew up on a farm where cotton was grown.
If confirmed, Perdue will head a sprawling agency with a $155 billion annual budget and close to 100,000 employees. 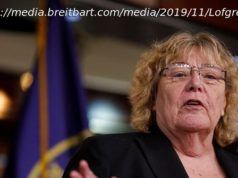 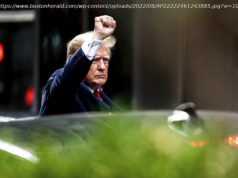 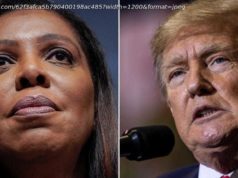