On the campaign trail, Donald Trump declared he’d label China a currency manipulator on “day one.” He hasn’t done so yet, but the stars are aligned for the new administration to slap Beijing with that designation, risking a trade war between the world’s two largest economies.
In his confirmation hearing, Treasury Secretary nominee Steven Mnuchin told Senators that China’s currency manipulation was “a serious infraction of free trade principles.” Trump has appointed several advisers who want to confront China on its trade and currency practices, as does the most powerful Democrat in the Senate, Chuck Schumer of New York, the minority leader.
Matthew P. Goodman, a former U. S. Treasury economist, said he fully expects Trump to designate some countries as currency manipulators this year. If China made the list, it would surely retaliate, and U. S. companies could become collateral damage.
“I doubt that China would take kindly to that,” said Goodman, a senior adviser on Asian economics at the Center for Strategic and International Studies in Washington. “Countries don’t like to be called names, and that is true of China in particular.”
Numerous U. S. industries – ranging from automakers to steel manufacturers – want to pressure China and other Asian countries into opening up their markets and ending trade policies the manufacturers believe are unfair. Yet many economists reject the claim that China now engages in currency manipulation to depress the price of Chinese exports, as it once did. If the United States were to unnecessarily spark a trade war with China, it would likely harm many U. S. companies that export goods to China, ranging from almond growers in California to big manufacturers, such as Boeing.
Goodman said it’s indisputable China engaged in currency manipulation up until the mid-1990s, mainly by buying U. S. dollars and other foreign currencies, pushing up their value in relation to the Chinese yuan. Goodman was part of a U. S. treasury team that produced the first finding that China was a manipulator, a designation that was lifted after 1994.
In more recent years, China has grown concerned about Chinese capital leaving the country, a trend that is exacerbated when the yuan sinks in value. To prevent the currency from sinking further, China in 2016 dipped into its foreign exchange reserves to the tune of $279 billion to buy up Chinese yuan.
In other words, Beijing is doing the exact opposite of what it was accused of doing in the early 1990s, yet Trump and his advisers have so far not recognized that.
“It’s a nonsensical political position,” said Rob Carnell, chief international economist at ING, a Dutch multinational finance services corporation. “There are no facts to support it.”
Carnell says that, for the U. S. Treasury to reinstate China as a currency manipulator, it would have to make a three-part finding: 1) That China was spending at least 2 percent of its GDP selling currency to buy foreign exchange; 2) That China had a trade surplus with the U. S. greater than $20 billion; and 3) That China’s “current account surplus” – an indicator of lending versus borrowing – was at 3 percent or more.
Currently, said Carnell, China meets only one of those criteria – having a trade surplus the United States greater than $20 billion.
Yet Carnell said he’s not convinced the Trump administration feels compelled to follow Treasury procedures before taking actions against China. “In terms of trade, we are in new ground now where anything is possible.”
In Trump’s campaign “contract” to help American workers , he stated “I will direct the Secretary of Treasury to label China as a currency manipulator.”
Vice President Mike Pence then followed that up on Jan. 4, stating that “We are going to be in the promise-keeping business.”
Since then, Trump has wavered , telling the Wall Street Journal, “I would talk to them” (Chinese leaders) before seeking to sanction Beijing.
One challenge for the president is that the Senate has not yet confirmed Mnuchin, his treasury secretary pick. Democrats want Mnuchin, an ex-Goldman Sachs banker, to provide more specific answers on a range of questions, including what steps he’d take on dealing with China.
Several Democrats and Republicans are putting pressure on Trump to keep his pledge. Schumer, a longtime critic of China’s trade policies, told reporters on Tuesday: “He’s promised to label China a currency manipulator on his first day in office. We’re still waiting.”
If the Treasury Department initiated the process of designating China as a manipulator, there is no telling how China might respond. Beijing has not hesitated in the past to punish foreign governments by targeting their companies operating in China. In 2012, sales of Toyota and Honda cars plummeted in China amid a diplomatic spat with Japan over disputed islands in the East China sea.
Goodman said that U. S. businesses might suddenly lose deals in China as part of a quiet retribution orchestrated by Beijing. China might also chose to respond more broadly and openly, especially if Trump labeled the country a currency manipulator and also slapped tariffs on Chinese goods, as he has also threatened.
So far, Beijing has responded somewhat moderately,, apparently waiting to see if Trump’s words will be backed up by actions. “The threat of labeling China a currency manipulator is illogical,” Yi Gang, deputy director of The People’s Bank of China, was quoted as saying this week by CPPCC Daily , a state-run newspaper. Yi added that China “already had thorough communications with the US Treasury Department.”
At least one organization that represents U. S. companies in China has urged the new administration to consider the potential impacts of a trade war with Beijing. Two weeks ago, the U. S.-China Business Council released a report stating that trade with China supports more than 2. 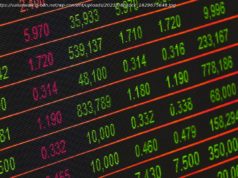 Didi To Leave US Stock Market, List In Hong Kong 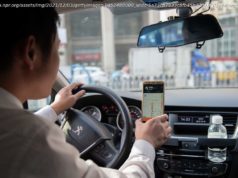 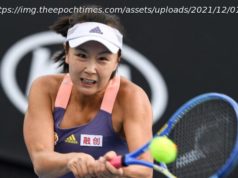