The leading edge of a powerful Pacific storm entered southern and central California early Friday, bringing rains that forecasters said could become the strongest in years if not decades.
Posted 12:41 p.m. today
Updated 12:43 p.m. today
By JOHN ANTCZAK, Associated Press
LOS ANGELES — The leading edge of a powerful Pacific storm entered southern and central California early Friday, bringing rains that forecasters said could become the strongest in years if not decades.
With the storm feeding on an atmospheric river of moisture stretching far out into the Pacific, some precautionary evacuations of homes in the Los Angeles region were requested due to the potential for mudslides and debris flows.
California’s latest round of drought-busting wet weather began Thursday with a fast-moving front that zipped across Northern California, dropping .36 inch of rain on San Francisco before dissipating.
Friday’s storm took aim at Southern California but also spread precipitation north into the San Joaquin Valley and up to San Francisco. It was not expected to bring significant rain in the far north where damage to spillways of the Lake Oroville dam forced evacuation of 188,000 people last weekend.
“The storm looks to be the strongest storm to hit southwest California this season,” the National Weather Service office for the Los Angeles region wrote. “It is likely the strongest within the last six years and possibly even as far back as December 2004 or January 1995. ”
Rainfall predictions ranged from 2 inches to 6 inches on the coast and from 5 inches to 10 inches in foothills and coastal mountain slopes.
Jerry Rootlieb piled sandbags in front of the white wooden gate at his waterfront house in Seal Beach, saying it may not be enough to keep water from getting inside his house.
“I’m hoping it doesn’t get that bad, but if we get 3 inches or more, it’ll be higher than those sandbags,” Rootlieb told KTTV-TV.
With soil already saturated from significant rains this winter, forecasters warned of the potential for flash floods and debris flows, especially near areas left barren by wildfires.
The city of Duarte, in the foothills of the San Gabriel Mountains east of Los Angeles, ordered evacuation of 180 homes below a burn scar by 7 a.m. Friday.
Powerful winds capable of downing trees and power lines were also expected, along with heavy snow in Southern California’s mountains and in the Sierra Nevada.
Cal Poly, the state university in San Luis Obispo, was keeping an eye on an unstable hillside near a dormitory housing 275 students. A protective barrier was set up and some trees have been removed, but students were being told to be ready to evacuate.
Santa Anita Park near Pasadena canceled all its horse races for Friday, and golfers at the PGA tour’s annual stop at Riviera Country Club were unlikely to get more than a few holes in amid the storm.
Pasadena canceled Saturday’s annual Black History Month parade, citing public safety concerns, including possible lightning strikes.
In Northern California, officials monitoring the stricken Oroville Dam on the Feather River said Thursday that they were confident the reservoir would handle any runoff from expected storms because ongoing releases have been lowering the lake’s level since its spillways were damaged last week.
The Sacramento weather office said models were trending stronger for a system arriving Sunday night and Monday in the northern part of the state due to a tap of deep moisture over the Eastern Pacific that could bring 24 to 30 hours of moderate to heavy precipitation.
Rainfall predictions in that region’s foothills and mountains ranged from 3 inches to 10 inches.
“Needless to say, impacts from the increased runoff, wind and heavy snow will be considerable,” the weather service said.
Up the coast, after a week of snow and heavy rains, landslides were covering roads in Washington state. Commuter trains into Seattle were canceled Thursday due to slides, and Spokane County declared a state of emergency due to flooding and washed out roadways.
After five years of drought, California has seen a long series of storms that have filled reservoirs and loaded the Sierra Nevada with snow. Runoff from the snowpack normally supplies about a third of the state’s water.
According to the U. S. Drought Monitor, only about 24 percent of the state remained in moderate, severe or extreme drought as of Thursday. The latter category was confined to a sliver of territory northwest of Los Angeles.
___
This story has been corrected to show that San Francisco’s Thursday rain total was .36 inch, not 1.37 inches. 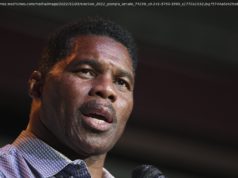 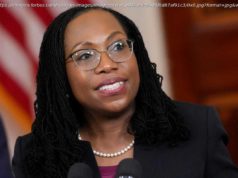 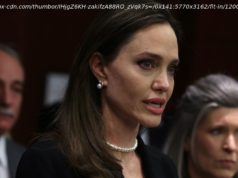