Trump’s CPAC speech emphasizes that his is a new kind of conservatism, one that isn’t afraid to challenge liberal verities and stand up for working Americans.
WASHINGTON , February 24, 2017 — It’s no secret that establishment conservatives are unhappy with President Donald Trump.
Trump campaigned to strengthen our southern border with Mexico in defiance of the GOP’s cheap-labor-seeking billionaire donors.
He strenuously campaigned to end Obamacare, even after George W. Bush’s political Svengali, Karl Rove, advised Republican office-seekers in 2015 to give up on “simply repealing Obamacare,” because “doing this would chew up valuable time and give the president a veto opportunity he relishes.”
Trump eschewed the safety of politically-correct language demanded by left-wing pressure groups and their champions in the mainstream media.
And he actively strong-armed foreign leaders and captains of industry to invest in America—while he was still president-elect.
It was a refreshing change after the Obama administration’s dedication for eight years to the redistribution of the nation’s scarcely expanding wealth.
What calls itself “conservatism” is changing, and Trump provides a new template.
Sen. Marco Rubio earned a 74 percent rating from the Conservative Review, with Sen. Ted Cruz garnering an awe-inspiring 97 percent conservative score. Trump’s name, on the other hand, cannot be found among the website’s sainted few. And yet, Trump easily dispatched these conservative icons during the Republican primaries, having never held public office before.
In Maryland, the Conservative Political Action Committee (CPAC) convened its annual confab, as the Los Angeles Times noted, to “better articulate their values at a time when the very definition of conservatism has seemed to waver.”
Ronald Reagan’s conservatism was criticized as too ridgid and uncompromising; under the “Gipper,” critics claimed the GOP was no longer a “big tent” party, with a right and left (Rockefeller) wing to balance each other out.
Until late last year, Reagan continued to cast a large shadow over the Republican Party, with GOP politicians campaigning as staunch Reaganites.
Trump’s election changes that dynamic. Now Republicans of all stripes fear the political fallout that may result from opposition to the populist, tweeting new president and his agenda.
Tea Party populists failed to get the attention of the Republican Party when they gave the GOP the House of Representatives in 2010. And GOP leaders were not humbled when given the Senate in 2014.
Average Americans joined Tea Partiers in their frustration over the GOP’s anemic opposition to the Obama administration, which was expressed by their votes for Trump last November.
Friday, Trump spoke before CPAC and outlined a new Republicanism:
“The GOP will be, from now on, the party also of the American worker. You know, we haven’t been as a group given credit for this, but if you look at how much bigger our party has gotten during this [2016 election] cycle, during the early days when we had 17 people running in the [Republican] primaries. Millions and millions of people were joining … We will not answer to donors or lobbyists, or special interests, but we will serve the citizens of the United States of America, believe me.”
This new conservatism puts America and Americans first.
This article is the copyrighted property of the writer and Communities Digital News, LLC. Written permission must be obtained before reprint in online or print media. REPRINTING CONTENT WITHOUT PERMISSION AND/OR PAYMENT IS THEFT AND PUNISHABLE BY LAW.
Correspondingly, Communities Digital News, LLC uses its best efforts to operate in accordance with the Fair Use Doctrine under US Copyright Law and always tries to provide proper attribution. If you have reason to believe that any written material or image has been innocently infringed, please bring it to the immediate attention of CDN via the e-mail address or phone number listed on the Contact page so that it can be resolved expeditiously. 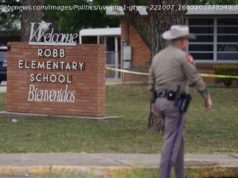 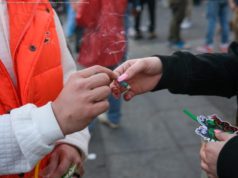 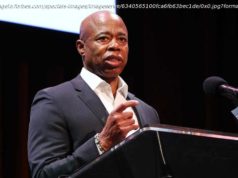