Progressive groups cheered the removal of White House Chief Strategist Stephen Bannon from the National Security Council principals committee, saying that Wednesday’s decision constitutes a win agains
Progressive groups cheered the removal of White House Chief Strategist Stephen Bannon from the National Security Council principals committee, saying that Wednesday’s decision constitutes a win against white supremacy and extremism.
One of the groups, Jewish Voices for Peace, said that Bannon’s removal comes just in time for Passover, which means that Jews have one more victory to celebrate.
“Jews around the world are about to celebrate the festival of liberation, Passover,” said Rabbi Joseph Berman of Jewish Voice for Peace. “This year our celebration will now include the removal of a white supremacist and anti-Semite from the NSC. May it be a first step in moving us away from tyranny and suffering towards true freedom for all.”
Bloomberg reported Wednesday that National Security Adviser H. R. McMaster pulled Bannon from the principals committee of the NSC. As such, Director of National Intelligence Dan Coats and Marine Corps Gen. Joseph Dunford, chairman of the Joint Chiefs of Staff, now count as “regular attendees,” deprecating Trump’s previous presidential memorandum that stated Coats and Dunford were only required to be present during discussion of issues that fall under their purview.
A White House official told Bloomberg that the decision is not a demotion, but rather constitutes a natural end to Bannon’s role on the principals committee. Bannon’s purpose on the committee was to keep a close eye on former National Security Adviser Michael Flynn, and since Flynn no longer serves on the NSC, Bannon no longer needs to sit on the principals committee, the official said.
A second White House official said Trump never particularly liked having Bannon on the committee, but that his removal does not mean Bannon has lost favor or influence with Trump.
Regardless, progressive groups are still elated.
Win Without War, an organization dedicated to promoting a progressive approach to national security, said that the NSC is no place for a “white nationalist” and “political operative.”
“Steve Bannon’s removal from the National Security Council will not only make America safer, but it’s also a victory for the hundreds of thousands of Americans who took action and said a white nationalist, warmongering, political operative with no credentials shouldn’t be anywhere near the epicenter of U. S. national security and foreign policy making,” said Win Without War Director Stephen Miles in a statement.
A progressive group called MomsRising, dedicated to issues affecting women and mothers, also got in on the action.
“Stephen Bannon has a history of promoting anti-semitism, sexism, homophobia, Islamophobia, transphobia and white supremacy – and has dedicated his life to dividing Americans,” said Kristin Rowe-Finkbeiner, executive director and CEO of MomsRising. He was wholly unfit to serve on the National Security Council and his removal from the council makes us all safer. For months, moms across the country have spoken out against Bannon’s appointment to chief White House strategist and his position as a political appointee on the National Security Council – and today they applaud his removal from that post.”
The Rainforest Action Network was also incensed at Bannon’s appointment to the NSC in the first place and blamed him for policies enriching corporate cronies.
“Steve Bannon and his white supremacist ideology should not be anywhere near the White House,” said Lindsey Allen, Executive Director Rainforest Action Network. “Donald Trump’s continued campaign of lies and distraction as he eviscerates environmental protections, rolls back social justice reforms, and pushes through policies to enrich his corporate cronies at the expense of low-income communities can be directly traced to Bannon.”
Women’s Action for New Directions (WAND), a group focused on reducing militarism and re-allocating Pentagon spending, said Bannon’s removal is a major victory, but others with nativist views on the NSC should be removed, as well.
“However, let’s be clear that if Stephen Bannon’s white nationalistic views have no place on the National Security Council, they also have no place in the White House,” Megan Amundson, executive director of WAND, said. “ His worldview jeopardized our national security while on the National Security Council and continues to have very serious consequences for American interests as long as he remains part of the Trump administration. Further, White House staff who share Bannon’s nativist perspective remain on the National Security Council. Their views will continue to politicize the National Security Council in ways that put American safety and security at risk. They, too, have to go.”
Progressive groups were also joined Wednesday by various hawkish Republicans in the Senate, namely GOP Sens. Lindsey Graham and John McCain, who applauded the move.
“Nothing against Mr. Bannon personally, but having a political operative on the Security Council was always a bridge too far for me,” Graham told Yahoo News. “I think this is a good move for the president.”
Follow Jonah Bennett on Twitter
Send tips to [email protected] .
Content created by The Daily Caller News Foundation is available without charge to any eligible news publisher that can provide a large audience. For licensing opportunities of our original content, please contact [email protected]. 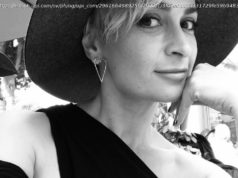 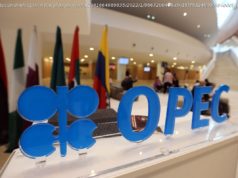 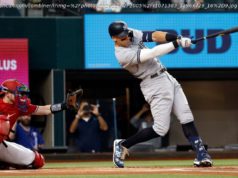