Russia suggested on Wednesday it would publicly stand by Syrian President Bashar al-Assad despite outrage over a chemical weapons attack, setting Donald Trump’s new U. S. administration on course for a head-on diplomatic collision with Moscow.
Western countries including the United States blamed Assad’s armed forces for the chemical attack, which choked scores of people to death in the town of Khan Sheikhoun in a rebel-held area of northern Syria hit by government air strikes.
Washington said it believed the deaths were caused by sarin nerve gas dropped by Syrian aircraft. But Moscow offered an alternative explanation that could shield Assad: it said it believed poison gas had leaked from a rebel chemical weapons depot struck by Syrian bombs.
Hasan Haj Ali, commander of the Free Idlib Army rebel group, called the Russian statement a “lie”.
“Everyone saw the plane while it was bombing with gas,” he told Reuters from northwestern Syria.
“Likewise, all the civilians in the area know that there are no military positions there, or places for the manufacture (of weapons). The various factions of the opposition are not capable of producing these substances. ”
The incident is the first time Washington has accused Assad of using sarin since 2013, when hundreds of people died in an attack on a Damascus suburb. At that time, Washington said Assad had crossed a “red line” set by then-President Barack Obama.
Obama threatened an air campaign to topple Assad but called it off at the last minute after the Syrian leader agreed to give up his chemical arsenal under a deal brokered by Moscow, a decision which Trump has long said proved Obama’s weakness.
The new incident means Trump is faced with same dilemma that faced his predecessor: whether to openly challenge Moscow and risk deep involvement in a Middle East war by seeking to punish Assad for using banned weapons, or compromise and accept the Syrian leader remaining in power at the risk of looking weak.
Trump described Tuesday’s incident as “heinous actions by the Bashar al-Assad regime”, but also faulted Obama for having failed to enforce the red line four years ago. Obama’s spokesman declined to comment.
Washington, Paris and London have drawn up a draft U. N. Security Council statement condemning the attack and demanding an investigation. Russia has the power to veto it, as it has done to block all previous resolutions that would harm Assad.
Trump’s response to a diplomatic confrontation with Moscow will be closely watched at home because of accusations by his political opponents that he is too supportive of Russian President Vladimir Putin.
He has previously said the United States and Russia should work more closely in Syria to fight against Islamic State.
U. S. intelligence agencies say Russia intervened in the U. S. presidential election last year through computer hacking to help Trump defeat Hillary Clinton. The FBI and two congressional committees are investigating whether figures from the Trump campaign colluded with Moscow, which the White House denies.
The chemical attack in Idlib province, one of the last major strongholds of rebels that have fought since 2011 to topple Assad, will complicate diplomatic efforts to end a war that has killed hundreds of thousands of people and driven half of Syrians from their homes.
Jihadist groups have a strong presence in Idlib alongside other rebel groups, some of which have received backing from powers including Turkey and the United States.
Over the past several months Western countries, including the United States, had been quietly dropping their demands that Assad leave power in any deal to end the war, accepting that the rebels no longer had the capability to topple him by force.
The use of banned chemical weapons would make it harder for the international community to sign off on any peace deal that does not remove him.
British Foreign Secretary Boris Johnson, who two months ago shifted his country’s policy by saying Assad should be allowed to run for re-election, said on Wednesday that he must go.
“This is a barbaric regime that has made it impossible for us to imagine them continuing to be an authority over the people of Syria after this conflict is over. ”
(Writing by Peter Graff; Editing by Sonya Hepinstall) 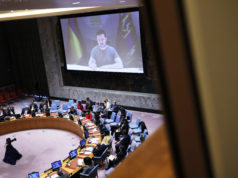 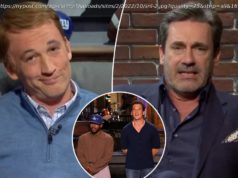 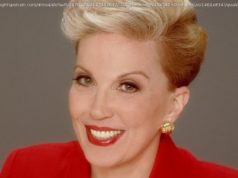