U. S. President Donald Trump holds his first meeting with Chinese President Xi Jinping on Thursday facing pressure to deliver trade concessions for some of his most fervent supporters and prevent a crisis with North Korea from spiraling out of control.
The leaders of the world’s two biggest economies are to greet each other at the president’s Mar-a-Lago retreat in Palm Beach, Florida, late in the afternoon and dine together with their wives, kicking off a summit that will conclude with a working lunch on Friday.
Trump promised during the 2016 campaign to stop what he called the theft of American jobs by China and rebuild the country’s manufacturing base. Many blue-collar workers helped propel him to his unexpected election victory on Nov. 8 and Trump wants to deliver for them.
The Republican president tweeted last week that the United States could no longer tolerate massive trade deficits and job losses and that his meeting with Xi “will be a very difficult one. ”
Trump, a former real estate magnate is still finding his footing in the White House and has yet to spell out a strategy for what his advisers called a trade relationship based on “the principal of reciprocity. ”
White House officials have set low expectations for the meeting, saying it will set the foundation for future dealings.
U. S. labor leaders say Trump needs to take a direct, unambiguous tone in his talks with Xi.
“President Trump needs to come away from the meeting with concrete deliverables that will restore production and employment here in the U. S. in those sectors that have been ravaged by China’s predatory and protectionist practices,” said Holly Hart, legislative director for the United Steelworkers union.
International Association of Machinists President Robert Martinez said the United States continued to lose manufacturing jobs to the Chinese, saying: “It’s time to bring our jobs home now. ”
Some Democratic lawmakers were eager to pounce on Trump on trade.
“We are eager to understand your plans to correct our current China trade policies and steer a new course,” said Democratic U. S. Representative Jim McGovern of Massachusetts.
The summit will bring together two leaders who could not seem more different: the often stormy Trump, prone to angry tweets, and Xi, outwardly calm, measured and tightly scripted, with no known social media presence.
What worries the protocol-conscious Chinese more than policy clashes is the risk that the unpredictable Trump could publicly embarrass Xi, after several foreign leaders experienced awkward moments with the new U. S. president.
“Ensuring President Xi does not lose face is a top priority for China,” a Chinese official said.
The most urgent problem facing Trump and Xi is how to persuade nuclear-armed North Korea to halt unpredictable behavior like missile test launches that have heightened tensions in South Korea and Japan.
North Korea is working to develop an intercontinental ballistic missile capable of hitting the United States.
Trump has threatened to use trade to try to force China to exert influence over Pyongyang. Beijing says its influence is limited and that it is doing all it can but that it is up to the United States to find a way back to talks with North Korea.
A senior White House official said North Korea was a test for the U. S.-Chinese relationship.
“The clock is very, very quickly running out,” the official said. “All options are on the table for us. ”
Trump consulted on Wednesday with Japanese Prime Minister Shinzo Abe, who said he and the president agreed by phone that North Korea’s latest ballistic missile launch was “a dangerous provocation and a serious threat. ”
A White House strategy review is focusing on options for pressuring Pyongyang economically and militarily. Among measures under consideration are “secondary sanctions” against Chinese banks and firms that do the most business with Pyongyang.
A long-standing option of pre-emptive strikes remains on the table, but despite the tougher recent U. S. talk, the internal review “de-emphasizes direct military action,” the U. S. official said, speaking on condition of anonymity.
Analysts believe any military action would likely provoke severe North Korean retaliation and massive casualties in South Korea and Japan and among U. S. troops stationed there.
(Additional reporting by David Brunnstrom in Washington, Gui Qing Koh in New York, Ben Blanchard in Beijing and William Mallard in Tokyo; Editing by Caren Bohan and Peter Cooney) 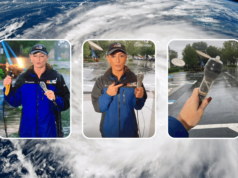 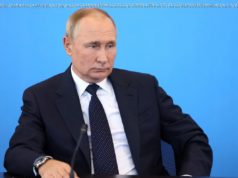 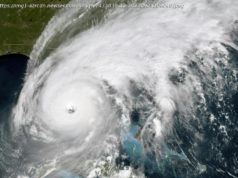