The intolerance of the president’s Riyadh speech was the intolerance sanctioned by the other Gulf states: anti-Shiism, with frankly sectarian overtones.
Expectations for Donald Trump have been dropping fast over the last week, like barometric pressure with a hurricane on the horizon. On Friday, Anderson Cooper told CNN’s house Trump supporter, Jeffrey Lord, that Lord would continue to defend the man “if Trump took a dump on his desk.” When it was announced that he would deliver a speech on Islam Sunday in Riyadh, Middle East-watchers prepared themselves for the Islamophobic equivalent of steaming desktop scat—a divisive, bigoted, clash-of-civilizations speech, perhaps with off-script riffs about the Prophet’s hottest or youngest wife, or the relative merit of the Koran and The Art of the Deal .
Anyone expecting such a speech has forgotten that Trump’s first impulse is to please. He is constitutionally incapable of displeasing a live audience, let alone a foreign potentate who has recently lassoed him with a golden chain. And sure enough, the speech in Riyadh complied perfectly with the Saudi geopolitical and religious line. He offered strong opinions about the essential nature of Islam—that terror will condemn your soul, not save it; that ISIS “falsely invokes” the name of God; that tolerance and equality are the hallmarks of all three Abrahamic faiths—that line up well with the platitudes Saudi royals sometimes repeat at international gatherings, for the comfort of non-Muslims. He didn’ t bring up any of the hard questions about the high level of support for ISIS in Saudi Arabia.
Trump Turns Politically Correct in Saudi Arabia
The speech was nonetheless divisive. But the intolerance it preached was the intolerance sanctioned by Saudi Arabia and the other Gulf states: anti-Shiism, with frankly sectarian overtones. The official line in the Gulf is that Iran is a Shiite caliphate—a Shiite version of ISIS, only with 35 years’ practice, an active nuclear program, and a seat at the United Nations. When Trump invoked Iran, he recovered his old thunder for a few moments and echoed these claims. He accused Iran of giving terrorists
safe harbor, financial backing, and the social standing needed for recruitment. It is a regime that is responsible for so much instability in the region. … From Lebanon to Iraq to Yemen, Iran funds, arms, and trains terrorists, militias, and other extremist groups that spread destruction and chaos across the region. For decades, Iran has fueled the fires of sectarian conflict and terror.
Every word of this is true. It is also the lopsided view of regional politics favored by the Saudis themselves, with no mention at all of the Saudi oppression of its Shiite minority; the surrender-or-starve war waged by the Saudis against Iranian-backed Houthis in Yemen, with mass death for civilians there; or the genocidal rhetoric against the Shia taught in Wahhabi texts, both in Saudi Arabia itself and in the Islamic State. Naturally there was no Shiite contingent in attendance at the speech to complain.
The speech landed reasonably well, and Trump acolytes like Jeffrey Lord will not struggle to defend it. It restores a balance that existed just a few years ago. The Obama administration, in its rush to a nuclear agreement with Iran, refrained from calling Iran out for misbehavior of which it was obviously guilty. Obama watched as a Shiite government in Iraq neglected, then preyed upon, its Sunni areas; he then began an air campaign against the self-declared champion of those same oppressed Sunnis—the Islamic State. As a result, Sunni sectarians across the region concluded that Obama’s United States was on the side of the Shia.
Until now, no one suspected Trump of being on the Sunni side. Most evidence suggested he was on the side of no Muslims at all. Now, having earned every single troy ounce of his gold necklace, he may as well be an honorary Sunni. Iran will respond by beating its chest and telling the world that its resistance to American hegemony is the only authentic revolution left. ISIS will point to the Saudi-U. S. friendship and say it demonstrates the corruption in the Sunni world. And the Saudis will know they’ ve bought a close ally, as long as he stays unimpeached, or at least not flattered with even more flamboyantly tasteless panache by someone else. 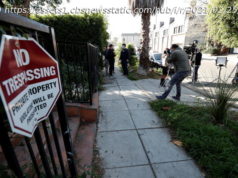 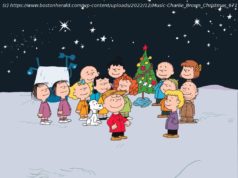 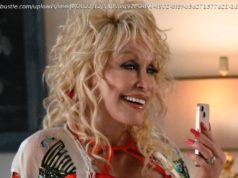