" The president' s the most powerful man in the world. His words really, really matter, " said Senate Minority Leader Chuck Schumer
Senate Minority Leader Chuck Schumer, D-New York, told President Trump to stop playing games with the possibility of the existence of tapes of his conversations with fired FBI Director James Comey.
Schumer, appearing on CBS News’ “Face the Nation” Sunday, said the president needs to “say what he means, ” after the president refused to say last week if such tapes exist. It was the president himself who first floated the possibility of Comey tapes last month, shortly after firing the FBI director.
Schumer said he wants the president to testify before the Senate, after Mr. Trump on Friday said he would “100 percent” be willing to testify under oath.
He also discussed the “cloud.” Comey had said in his testimony that Mr. Trump had asked him to “lift the cloud” over the president and the federal investigation into Russian interference in the 2016 U. S. election.
“There are two ways to clear up that cloud, ” Schumer said. “One, if there are tapes, he alluded to the fact that there are tapes, maybe as a threat or taunting Comey. He should make them public right away. If there aren’t tapes, he should let that be known. No more game playing.”
“And of course, he said he would testify, ” Schumer continued. “So I’m inviting him to come testify, and we could work that out. And one final point here. This is serious stuff. And the president seems to be taking it almost a little bit lightly. It’s sort of like the tax returns. You know, in the middle of the summer last year, he said he’d release them before the election. Then he said there’s an audit. Then he said he’s never going to release them. Well… when it comes to the tapes and it comes to testifying, he ought to say what he means, and if he does, we’ll take him — we’ll take him up on each case.”
Schumer was asked about a remark Speaker of the House Paul Ryan made last week. The Wisconsin Republican said Mr. Trump is “new to this” in response to Mr. Trump’s private conversations with Comey. Schumer said that when it comes to a range of issues, Mr. Trump’s newness and “the fact that he may not say things so seriously” is “not an excuse.”
“Well, you know, Comey said that he cleared the room, the president did, before he talked to him, ” Schumer said. “That doesn’t indicate a casualness. But there’s a deeper point here. The president’s the most powerful man in the world. His words really, really matter.”
“Whether it comes to foreign policy with NATO or with Australia or Saudi Arabia or– and– and Qatar, ” Schumer continued. “Whether it comes to domestic policy, whether it comes to this investigation. The fact that he’s new, the fact that he may not say things so seriously, that’s not an excuse. He’s the president of the United States and he’s got to step up to the plate.” 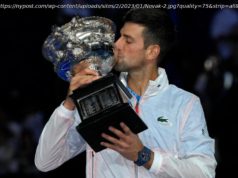 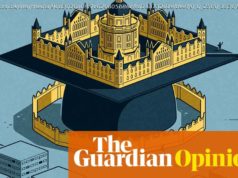 To understand the Zahawi story and Tory sleaze, look no further than Britain’s posh cliques 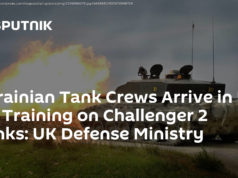