Saturday’s flash flood in Payson that claimed the lives of nine family members wasn’t the first flash flood to turn deadly.
A flash flood claimed the lives of nine family members near Payson on Saturday, a reminder that Arizona weather can turn deadly without warning.
Flash floods have claimed the lives of dozens of Arizonans over the last four decades.
Sept. 7,1970: Labor Day flash floods in the high country killed 23 people along Tonto Creek, Christopher Creek and other waterways below the Mogollon Rim. Officials at the time said campers did not get word of the rising water. Many were swept away as they attempted to outrun the water in their vehicles.
Aug. 6,1997: Six undocumented immigrants crossing the border from Mexico in Douglas drowned in a flooded drainage ditch.
Aug. 12,1997: 11 hikers were killed in one of the deadliest flash floods in Arizona history when a 40-foot wall of water swept through the Lower Antelope Canyon near Page. Eight of the dead were tourists from France.
Sept. 11,1997: Two hikers were killed at Grand Canyon National Park in a flash flood through Phantom Creek. A third hiker was washed more than a mile down Phantom Creek and Bright Angel Creek before he was able to escape. Officials said it had rained two inches on the Grand Canyon Rim, but had only sprinkled at Phantom Ranch, meaning the hikers had little warning of potential danger.
March 28,1998: Three members of a Boy Scout troop drowned after trying to drive across a running wash in Sunflower.
Aug. 11,2001: A two-year-old boy and his parents were swept away in a flash flood in Havasu Creek, a tributary of the Colorado River that leads to the Grand Canyon, as they tried to hike to Havasupai Village at night.
July 12,2008: Two undocumented immigrants drowned in a Nogales wash during a heavy thunderstorm. Three others were rescued.
Aug. 3,2008: Three people drowned when they attempted to drive across a running wash near the Tohono O’odham Reservation. Two others were rescued.
Sept. 8,2014: Two motorists in Tucson and Pinal County were killed during the heaviest rainfall ever recorded in the Phoenix area. Around 5.5 inches of rain fell in eight hours in Chandler, the heaviest-hit area. Then-governor Jan Brewer declared a statewide emergency. The floods caused an estimated $18 million worth of damage to streets, highways and other public works.
Sept. 14,2015: 13 people were killed in Hildale, Utah, just across the Arizona-Utah border after a flash flood stormed down Short Creek, causing it to rise eight feet above normal. 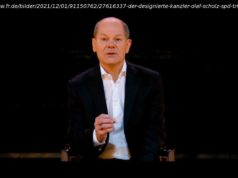 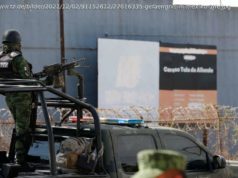 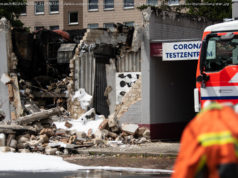