The Yankees are feeling good about their postseason chances after their latest trade.
The positive vibes flowing through the Yankee Stadium home clubhouse Sunday morning stemmed from the Bombers front office’s latest move, acquiring southpaw Jaime Garcia from the Twins in a trade, and rookie outfielder Aaron Judge even seemed to channel the late team owner George Steinbrenner when assessing the club’s playoff chances.
“We’re in first place in the (American League) East. We got a real shot here. This is where the Yankees belong, ” Judge said. “We’ve just got to keep playing our game and hopefully continue that.”
While pitching coach Larry Rothschild said he was just digesting the Garcia news, the Yankee pitching coach called Garcia “a veteran guy” and someone who has “a chance to help us for sure.”
Garcia, who began his big league career with the Cardinals and won a World Series ring with them in 2011, impressed Yankee manager Joe Girardi with his resume, and the fact that Garcia has “pitched in some high-leverage situations.” Girardi said the 31-year-old Garcia, for now, is slated to start Thursday in Cleveland.
Yankees acquire starting pitcher Jaime Garcia from Twins
Girardi added that Garcia’s playoff experience (2011,2012,2015) and his seven-plus years in the majors are reasons why he has more value in the starting rotation than some of the pitchers already in the pinstriped fold, like Luis Cessa or Bryan Mitchell.
“I think we’re looking at the experience factor. (Garcia) has had some years of success at the big league level. Also, it provides depth because we still have a long ways to go, ” Girardi said. “You can never predict what’s going to happen, but it’s someone that’s pitched in some big games before. That’s why we decided to make the move.”
Judge called Garcia “a quality arm” and an “awesome add for this team.” And new third baseman Todd Frazier, acquired recently in another big Yankees’ trade splash, called the Garcia acquisition “a real good pickup.”
“Can’t wait to see what (Garcia’s) got in store for us, ” Frazier said. “He hides his ball well, from a left-handed standpoint. Against lefties for sure, it’s a tough at-bat. He’s got four or five different pitches, if I remember. He’s got that slider, his fastball gets by you a little bit. It’s not overpowering, but it’s one of those, it’s heavy. He’s got a really good changeup as well. Just a good mixture of everything and if he’s hitting his spots, he’s going to have a good time over here.”
8 observations as Yankees, A’s discuss Sonny Gray trade
Meanwhile, according to a source, the Yankees are still in play for possibly trading for A’s right-hander Sonny Gray before Monday’s deadline, and Frazier said “that’d be pretty nice too.”
“I remember facing (Gray) , he’s pretty nasty. His changeup is pretty much a two-seam fastball. He throws mid-90s. He’s got a good slider too. It goes to show you we’re in a good situation right now and we’re trying to add some more pieces to get to where we need to be, and that’s first off winning the division, ” Frazier said. “We have ’til (Monday) as well, so we’ll see who else we’re gonna get. But it’s really exciting to see that we’re making a push here, and (the front office) is making a push too to get the best possible players that we can get.” 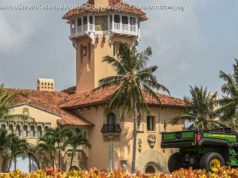 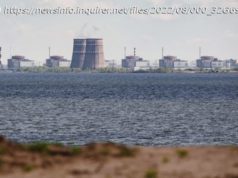 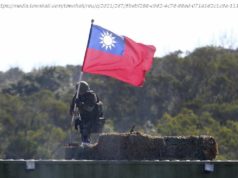 Wait. we sent *another* congressional delegation to Taiwan already?