At least two people were killed in an Italian resort island quake that struck just before 9 p.m. Monday.
Firefighters on the Italian resort island of Ischia first freed a 7-month-old baby and then his two older brothers from the rubble Tuesday, working through the night and often by hand to rescue the children after a 4.0-magnitude quake toppled homes and other buildings on the island.
At least two people were killed in the quake that struck just before 9 p.m. Monday, while another 39 were injured and some 2,600 were left homeless. The victims were an elderly woman who was in a church that crumbled in the quake, and a second person who was located in the rubble but had not yet been extracted.
Cheers went up with each rescue, which firefighters confirmed with exclamation mark-punctuated tweets. The first was baby Pasquale, who was shown on a video wearing a white onesie and appearing alert as he was passed to safety, around 4 a.m.
It took another seven hours to free the middle brother, 8-year-old Matthias, who was pictured in his underwear and covered with cement dust before being quickly loaded onto a stretcher and into an ambulance, and two more hours to free the eldest boy, 11-year-old Ciro, who was credited with helping save Matthias.
The children’s parents were waiting for Ciro at the hospital’s emergency room, his mother sitting in a wheelchair next to his father, Alessandro, whose hands were bandaged reportedly from injuries suffered while trying to dig through the rubble to reach his children.
“It was a terrible night. I don’t have words to explain it, ” the father told RAI state television while rescuers were working to free the older two boys. “The entire second floor of the house collapsed, and the firefighters pulled me out. They were great.”
He said his wife was in the bathroom and managed to escape through the window but the older boys were in the bedroom in the family home in hardest-hit Casamicciola. The baby was in a playpen in the kitchen.
The head of the financial police on the island said it was Ciro who saved Mattias, pushing him under the bed.
“The gesture surely saved them both, ” said Andrea Gentile. “Then with the handle of a broom he knocked against the rubble, making them heard by rescuers.”
Firefighter spokesman Luca Cari said they maintained voice contact with the two boys to keep them calm during the complex rescue operation to create an opening through the collapsed ceiling. The boys had been given bottles of water and a flashlight.
The quake hit during the height of the tourist season, and Italian television showed many visitors taking refuge in parks and sleeping under blankets in the aftermath. Authorities began organizing ferries to bring tourists back to the mainland early Tuesday.
Together with the nearby island of Capri, Ischia is a favorite island getaway for the European jet set, famed in particular for its thermal waters. Casamicciola was the epicenter of an 1883 earthquake that killed more than 2,000 people.
Images from the quake zone show many buildings collapsed into rubble, while others showed signs of structural damage with deep cracks in exterior walls. Cars were overturned.
The extent of the damage for a relatively light quake raised questions about the quality of construction on the island in the seismically active area off Naples and the active volcano Vesuvius, and the prevalence of illegally built structures.
Fabrizio Pistolesi, the head of Italy’s national architecture advisory board, told SKY that many buildings on the island were built before seismic codes were adopted. He also cited the high incidence of illegal construction on Ischia and generally in the Campagna region that includes both the resort island and Naples.
“We know well that in Campagna, more than 200,000 homes were illegally constructed, we are talking about homes constructed in absolute scorn of seismic norms, ” he told Sky TG24.
Former Naples prosecutor Aldo De Chiara told Corriere della Sera that most of the recently constructed buildings on Ischia were built without necessary permits, and many with poor quality cement. “We warned about the risk of collapses also in the case of not particularly serious temblors, ” De Chiara said. “Unfortunately, what we had denounced, happened last night.”
The head of Italy’s Civil Protection Agency, Angelo Borrelli, told reporters that 2,000 people had been left homeless in Casamicciola and another 600 in the towns of Lacco Ameno and Ischia. He said authorities were checking the stability of hotels to see if they could be used as temporary housing.
The quake came just two days shy of the one-year anniversary of a powerful 6.2-magnitude earthquake that devastated several towns in central Italy. The quake on Aug. 24,2016 killed more than 250 people in Amatrice and beyond and set off a months-long series of powerful aftershocks that emptied many towns and hamlets of their people. 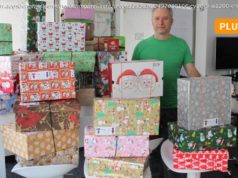 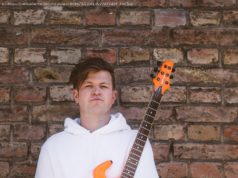 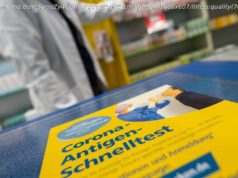