With a mouth-watering specification, the Nikon D850 could be the last camera you’ll ever need.
The Nikon D850 is finally here, and what a camera it promises to be. After teasing us last month with the announcement that the D850 was in development, Nikon has taken the wraps off one of the most eagerly anticipated cameras of 2017.
And the good news is that it looks like it’s been worth the wait. The spec is impressive, and even the most demanding professional will find little to grumble about here. You can read our hands-on Nikon D850 review to really get under the skin of the camera, but here’s our quick overview to get you up to speed. Nikon D850 review
The D850 gets a decent increase in pixels over the 36.3MP D810, with an all-new 45.4MP full-frame CMOS sensor featuring a gapless on-chip microlens technology that Nikon promises will deliver exceptional sharpness and incredible dynamic range.
While the sensitivity range isn’t quite as breathtaking as that of either the D5 or D500, the D850 still impresses, with a native range of ISO64-25,600. That’s not all though, as the D850 features an extended sensitivity range up to an ISO equivalent of 108,400 (Hi2) , while the Lo1 setting equivalent of ISO32 is certainly going to provide photographers with even more creative options.
Nikon’s not holding back here, endowing the D850 with the same brilliant 153-point AF system as the D5. One of the most sophisticated and comprehensive systems out there, it features 99 cross-type AF points for greater precision, while it’s capable of focusing in conditions as low as -4EV – that’s darker than moonlight.
The D850 can shoot 4K UHD at up to 30p, but what’s impressive is the fact that this is using the entire sensor, rather than a central crop as on the D5. There’s a dedicated movie shooting menu that makes it easier to switch between stills and video shooting, while there’s focus peaking and electronic vibration reduction (VR) to provide more stability in handheld movie recording.
Lower-resolution video modes are also available, including Full HD footage in 60p, while 8K UHD timelapse movies can be created in-camera.
Despite the large files the D850 has to process, it’s capable of shooting at a pretty decent 7fps, making it a much more versatile option than the D810. Want to shoot even faster? You can if you invest in the optional MB-D18 battery pack, with the D850 then capable of shooting at 9fps (provided you use EN-EL18B battery, which is the same battery used in the D5) .
Manually shooting focus-stacked images can be a chore, but the D850 introduces a focus shift photography function, which enables it to shoot a sequence of up to 300 frames, while gradually and automatically shifting focus position from the start point to infinity. The shutter release interval can be set from 0-30 seconds, while the focus step width can be selected from 10 levels.
You’ll need an image-editing program like Photoshop to then combine the pictures in post-production, but this looks like a great way to quickly shoot highly detailed macro images.
The D850 features comprehensive weather- and dust-sealing, while its top, rear and bottom covers, as well as the inside body structure, are made of robust magnesium alloy. Nikon has also redesigned grip, making it deeper and longer for a more comfortable hold over extended periods of time.
To underline its pro-spec credentials, the shutter has been tested for 200,000 cycles while actually loaded in the camera, and has also been designed to minimize the mechanical vibration that causes image blur. The D850 is also the first Nikon DSLR to adopt a shutter counter-balancer in its shutter drive, which travels upwards during each shutter release to counteract the vibration caused by the front curtain’s downward motion.
The D850 will be priced at £3,499.99 body-only (US and Australia pricing to be confirmed) , with shipping starting soon – expect the first samples to hit stores on September 7. The best full-frame DSLRs you can buy right now The best full-frame DSLRs you can buy right now 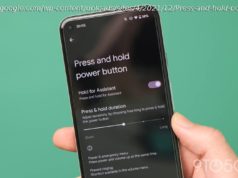 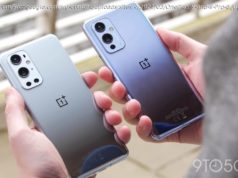 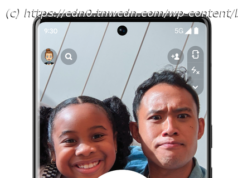