Organic bananas, large brown eggs, salmon and lean ground beef all get price cuts
Whole Foods Market, the natural-foods chain often mocked as Whole Paycheck due to its high prices, may soon need a new nickname.
Amazon, which is acquiring the organic-heavy supermarket chain for $13.7 billion, announced that starting Monday, the day that the deal closes, it will cut prices on a range of various staples.
They will include Whole Trade bananas; organic large brown eggs, avocados, baby kale, baby lettuce and Gala and Fuji apples; “animal-welfare-rated” 85% lean ground beef; organic “responsibly-farmed” salmon and tilapia; creamy and crunchy almond butter; organic rotisserie chicken and its generic organic butter.
The Seattle-based Internet giant declined to give examples of the price cuts or indicate how deeply key items will be discounted, but said that other foods will be added to that list soon.
Amazon also revealed plans to offer Amazon Prime as the customer reward program at Whole Foods stores. Prime members get special savings and in-store benefits, the online retailer said.
“We’re determined to make healthy and organic food affordable for everyone. Everybody should be able to eat Whole Foods Market quality. We will lower prices without compromising Whole Foods Market’s long-held commitment, ” said Jeff Wilke, CEO of Amazon Worldwide Consumer.
The news comes the day after Whole Foods shareholders voted to approve Amazon’s bid. There had been widespread anticipation that Amazon would bring its buying leverage and cost-cutting delivery systems to bear in a way that could knock down Whole Foods’ notoriously high prices.
Whole Foods customers are sure to celebrate — and industry watchers seemed just as smitten.
“Whole Foods has that ‘Whole Paycheck’ reputation and they want to be able to work on eliminating that, ” supermarket consultant Matthew Casey said of Amazon’s price-cutting motivation.
Selling some key foods for less than the traditional Whole Foods prices will retain fans of the Austin-based organic grocery chain and lure in new shoppers.
“Amazon’s been one of the most wonderful things to happen to consumers in this country in a long time, ” said Trip Miller, managing partner at Gullane Capital Partners. “This is just the beginning for Amazon. We think it’s a wonderful starting point for them in the food business.”
It shows Amazon is out to make changes in the pricing strategy at Whole Foods. The move is likely to boost sales and if works according to plan, profits as well.
“It’s the volume game Amazon brings to the table for the Whole Foods customer, ” Miller said. On certain items, “they might be making less (profit) margin or no margin” to build foot traffic into stores, where shoppers may also pick up some of the higher priced goodies.
One thing is for sure, Miller said: “This is a bad thing for Sprouts and Kroger and other supermarket businesses out there.”
Amazon-Whole Foods will be the fifth-largest grocery retailer in the U. S. behind Walmart, Kroger, Costco, and Albertsons, according to the financial services firm Cowen.
“By working together with Amazon and integrating in several key areas, we can lower prices and double down on that mission and reach more people with Whole Foods Market’s high-quality, natural and organic food, ” said Whole Foods CEO John Mackey.
Shoppers will be able to buy Whole Foods’ private label products — like 365 Everyday Value, Whole Foods Market, Whole Paws and Whole Catch — through Amazon.com, AmazonFresh, Prime Pantry and Prime Now, the companies announced.
In addition, Amazon Lockers will be installed at some Whole Foods stores for customers to pick up merchandise ordered online or to return items purchased. The lockers allow people a place to go pick up goods they bought online if they don’t want them delivered to their homes. The lockers can also be used for returns.
Consultant Casey, who is based in Rahway, N. J., doesn’t Whole Foods’ changes will create a stampede of shoppers from traditional supermarkets, though.
“If you’re a Whole Foods shopper, obviously the prices aren’t stopping you. By lowering prices, it appeals to customers. They might buy more, ” he said.
Whole Foods has more than 460 stores throughout the U. S., Canada and the United Kingdom.
Amazon stock closed at $952.45, down $5.55 or 0.58%, Thursday.
Related:
Follow USA TODAY reporter Zlati Meyer on Twitter: @ZlatiMeyer 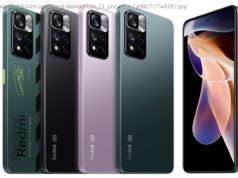 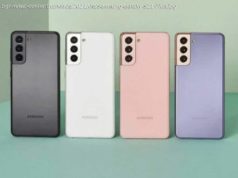 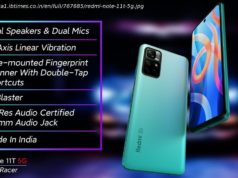