Because Sony only makes high-end products, it can be tough to use spec sheets alone to determine the best Sony TVs to buy.
Among the best high-end TV manufacturers, Sony has long made a name for itself in the TV marketplace as a purveyor of beautiful, well-built screens. That said, because all of the company’s products are aimed at the most well-heeled consumers, picking between the best Sony TVs can be difficult if you try to do it based on specs alone.
Lucky for you, we’ ve spent time with many of the company’s best screens, sifting through small differences in backlighting, processing power, and looks to share our top picks. Looking for a TV at a specific price point and not dedicated to the style or interface of one manufacturer in particular? We can help with that too. Check our lists of the best TVs under $500 and the best TVs under $1,000.
The third rung on Sony’s X-series TV ladder is the X800E, which offers 4K Ultra HD resolution, high dynamic range (HDR) , and an extremely wide color gamut. The smart TV is powered by Android TV and sports a remote control with voice recognition, making searching across multiple streaming platforms just one “OK Google” away. As an Android TV, it also has Google Chromecast built-in, making streaming from a mobile device, tablet, or laptop a breeze.
The X800E features edge-lighting and lacks some of the image processing power of more-expensive Sony models, but it’s no slouch when it comes to overall picture quality; those who want that signature Sony look at the most affordable price will enjoy the X800E.
Though it’s technically two steps up from the X800E in terms of price, Sony’s X900E is the next significant leap up the company’s lineup in terms of picture quality. The X900E features the same easy-to-use Android TV functionality but includes a direct backlighting system, which means there’s a grid of backlights behind its LED screen. This gives viewers more even and more intense brightness overall.
In addition, the TV uses local dimming, which means deeper black levels, as well as less of a glow around brighter objects on screen. The X900E also operates at a 120Hz refresh rate, which means fast-moving movie and sports scenes look extra clear. For our money, this is the best performance to price ratio you’ ll get in Sony’s entire lineup.
The Sony X930 offers similar performance and Android TV-fueled usability to the X900E, but it does so from a much more visually striking package. Though it doesn’ t feature direct backlighting, an extremely advanced edge lighting system allows The X930E to offer similarly uniform brightness, and is the key to the TV’s extremely thin form factor. This model also offers more advanced color processing, giving it a slightly more refined overall picture quality in a more stunning package than any TV below it in Sony’s lineup.
Sony’s A1E OLED is a totally different animal than all other Sony screens in that it doesn’ t have a backlighting system. OLED technology means that each pixel of the TV is its own backlight, giving it perfect black levels and better contrast than any of Sony’s standard LED TVs — and offers some of the best picture quality you’ ll find in any TV on the market.
Another thing that makes the A1E OLED special is that its screen doubles as the TV’s speakers, via a series of actuators behind the panel that allow it to make sound. This means extremely convincing audio — imagine the words someone is speaking on screen actually coming out of their mouth. In order to get a cool floating look, Sony opted for an easel-style stand (which also houses the subwoofer) . As such, if you wall-mount the TV, it will stick out from the wall just a little bit. 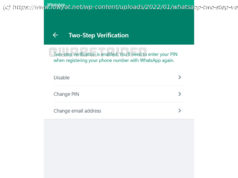 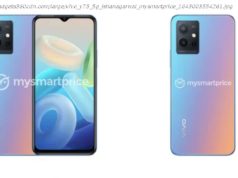 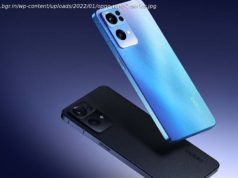