A Hollywood film yet again finds itself responding to a social-media outcry over the casting of a white actor
British actor Ed Skrein earlier this week joined the cast of the “Hellboy” reboot “Rise of the Blood Queen, ” which is to be the third film in the comic adaptation franchise previously helmed by Guillermo del Toro. The character, Ben Daimio, is Japanese-American in Mike Mignola’s “Hellboy” comics and his heritage is central to his backstory. Daimio’s grandmother was a Japanese Imperial assassin in World War II.
Many objected to the role not going to an Asian-American actor and called it another example of Hollywood “whitewashing” Asian characters. “I guess they want this to fail, ” said actress Cindy Chu on Twitter.
The film’s distributor, Lionsgate, declined comment. A representative for Skrein didn’ t respond to queries Wednesday.
The backlash follows previous controversies including the castings of Emma Stone as a half-Hawaiian, half-Chinese Air Force pilot in Cameron Crowe’s “Aloha” and Scarlett Johansson as the cyborg protagonist in the Japanese anime remake “Ghost in the Shell.” This week’s Netflix release, the Japanese manga adaptation “Death Note” also drew criticism for transferring a Japanese story to Seattle without any Asian actors.
Though Masamune Shirow, director of the original “Ghost in the Shell, ” defended Johansson’s casting, many lambasted the choice. When the $110 million film flopped in April, Paramount Pictures said the casting conversation impacted reviews, and thus its disappointing box-office debut.
Studies have shown that diverse casts often lead to better box office. And yet the top 100 films of 2015, a USC study found, contained not one leading role for an Asian-American.
That has led to increasing frustration for many prominent Asian-American actors and produced some clever parodies. A New York digital strategist named William Yu, inspired by the “OscarsSoWhite” backlash, created the website and hashtag “StarringJohnCho.” In photo-shopped movie posters, he imagines Cho single-handedly filling the Asian-American leading-man void in everything from “The Martian” to “Me Before You.”
“With every instance of whitewashing, ” Yu posted in response to the Skrein casting, “an (Asian-American) is subliminally told that they are not worth attention, not worth a place in this society.” 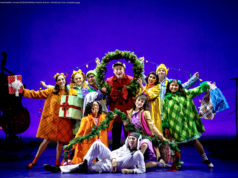 What to See on Stage During the Holiday Season 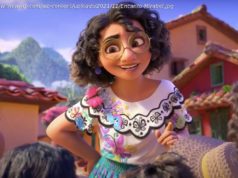 When Will ‘Encanto’ Stream on Disney Plus? 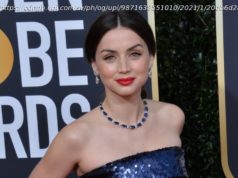