‘We will need to follow the example of the Russian oligarchs… China will make Hong Kong rich – if we stay out of politics’
My father was a China watcher. In 1970, that consisted of recognising which faces overlooked the National Day parade from the balcony on the Gate of Heavenly Peace. It was the only way to divine Chinese political and economic policy.
Today we have a savvy population, modern communications, a lot more news and a lot more noise – but it is easier to find out which faces are on the snakes and ladders of Communist Party politics.
It is a special time for China watchers who still have to guess when the most important meeting of the year happens – usually when President Xi Jinping drops off the news. A couple of weeks ago, the leaders dipped their toes in the sea at Beidaihe to play musical chairs with the next leadership. The 19th Party Congress is almost upon us, where the new leaders for the next five years will be paraded. It is a little like a papal election but where the smoke coming up the chimney is always white – there is never any public discord.
It is hard to recall how much the political landscape has changed since the 18th Congress. President Xi has emerged as the core leader, adept at using the Party machinery to face down his opponents. This congress is different for, although we are in the middle of a 10-year leadership cycle, many of the top leadership Council are going to pass the retirement age – though the hot money is betting that this will be honoured selectively.
The latest changeover will elevate a younger crop of central leaders. Only last month, Chongqing boss and Politburo member, Sun Zhengcai, was removed on a discipline charge and replaced with a trusted protégé, Chen Miner. Premier Li Keqiang’s star burned bright for a while but the speculation is that even he might be moved “upstairs”. The new generation has been forged in an age of relative peace, stability, liberalisation and economic development; in a word, success. This might breed complacency, arrogance, invincibility – and loyalty to Xi.
So Xi’s priorities are likely to give us a guide to China’s future policies. His acute political antennae led to the aggressive anti-graft campaign targeting tigers and flies. The Communist Party was being undermined by the greed of those in charge. Conveniently, the campaign also enabled tigers who were natural political opponents of Xi, to be purged.
Xi has also promoted nationalism through the “China Dream” – which has Trumpian overtones of “Making China Great Again”. The people will support you if you can share a common enemy. The “anthem law” proposals will jail violators deemed not to be respectfully singing the “March of the Volunteers”. I used to sing it in university in Beijing and it is a lusty tune – difficult not to sing heartily.
Xi has sought to tighten foreign influences from entering China, whether religious, social, cultural or commercial. The government actively supports Chinese enterprises like Baidu and WeChat in China by keeping foreign competition out – though this penalises Chinese brands from gaining a foothold overseas.
Xi has extended China’s international influence through the One Belt One Road initiative by generously seeding costly investments for (as seen by Concorde and the Channel Tunnel) the most exciting and important infrastructure projects rarely have a commercial rate of return.
China’s military build-up will also be influential with naval bases likely to be established overseas, supported by more carrier task forces.
Yet the complacent assumption is that if the politics is right, the economy will look after itself. Reform of the state sector, and the introduction of competition, and bankruptcy and commercial laws are becoming urgent if China’s wealth is not going to flow down the debt plughole.
Hong Kong is an irritant nonconformist – but it is the nation’s financial capital. It is a money source, for credible global capital raising, so it cannot be too disturbed. Yet the political imperative means that Hong Kong is already an unsafe place for errant billionaires and booksellers. The national security law will eventually be enacted. Hong Kong’s rule of law will then blur on the edges but it will have to remain intact for non-political cases. We will have to get used to living with the uncertainty that brings.
We will need to follow the example of the Russian oligarchs. China will make Hong Kong rich – if we stay out of politics. That is probably going to be easier for Hong Kong than for China. A clash of cultures means that is not going to be as easy as it sounds.
Richard Harris is a veteran investment manager, banker, writer and broadcaster – and financial expert witness. www.portshelter.com 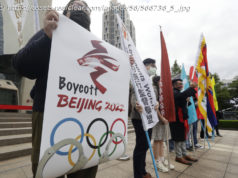 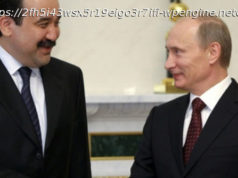 Russia, China and Kyrgyz form a Neighborhood Watch for Kazakhstan 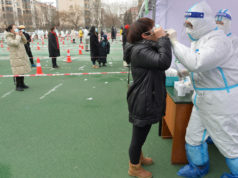