A list and gallery of films made in or around the millennium that every teenager and millennial NEEDS to see.
While there are a lot of movies about growing up, life, etc. out in the world for teens to watch, nothing quite compares to the masterpieces that came out during the millennium. The films released in the very late 90’s and early 2000’s were nothing short of iconic, featuring celebrities you still know today. From Jennifer Love Hewitt and Sarah Michelle Gellar, to Reese Witherspoon, Josh Hartnett, and Ryan Phillippe — the names are pretty impressive. So if you’ re a teen growing up in this world looking for something other than Mean Girls to screen with your friends (no shade, Mean Girls is legit so fetch) , we’ ve got some goodies for you to check out!
Now, to be fair, most of the millennium young adult movies were love stories. From Cruel Intentions, the scandalous and even a little racy film about a bad boy who falls for a virgin, to Sugar & Spice where a cheerleader and her friends decide to rob a bank so one of their own and her boyfriend can raise their accidental baby, love was at the core. However, few films to this day compare to the incredible love stories told in 10 Things I Hate About You or Here On Earth. In 10 Things I Hate About You, we watch as a resentful, bitter Kat (Julia Stiles) is wooed by a misunderstood but charismatic Patrick (Heath Ledger) . You’ ll laugh, you’ ll cry, you’ ll cry some more, and then you’ ll be down for a re-watch. In Here On Earth, a cocky rich kid (Chris Klein) is forced to slum it with the locals, only to fall in love with townie Samantha (Leelee Sobieski) who has a heartbreaking secret you’ ll never see coming.
Then there are the slapstick comedies that you’ ll find yourself quoting just as much as you do Mean Girls. Jawbreaker, for instance, is about a group of mean girls who accidentally kill their best friend in a prank gone ALL wrong. Sounds terrible, right? Except that it’s frighteningly hilarious, especially as the girls try to “replace” their dead friend by making over a new girl and adding her to their clique. Totally normal. Then there’s the legendary American Pie, which tells the story of a group of high school seniors who are desperate to lose their virginity before they go to college. Again, romance at it’s core — but still hilarious! For more amazing millennium movies to watch, click through our gallery HERE.
Tell us, HollywoodLifers — Which of these movies have YOU already seen? Which are you excited to watch next? Comment below, let us know! 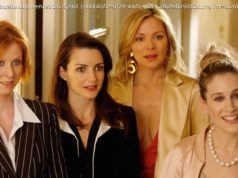 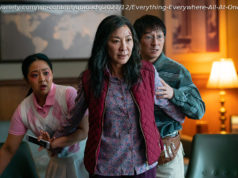 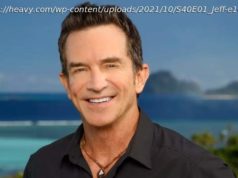