Get your tickets before the Wednesday draw.
If anyone holds the winning Powerball ticket on Wednesday’s draw (Aug. 23) , they’ll get the rights to boast about having the second-largest jackpot in the game’s history.
That means they’ll score a $650 million prize, according to a Reuters report .
Odds of your ticket being the winner? One in 292 million.
The last Powerball drawing came on Saturday, and the numbers drawn were 17,19,39,43,68, with a special Powerball number of 13 and a Power Play of 4X. But there were no winners. If there had been one, the jackpot winner would have earned the fifth-largest Powerball in its history.
Still, if there’s no winner again, this Powerball pot has a ways to go before catching up to the highest earnings of all time: Nearly $1.6 billion, which occurred in 2016 and was split between three tickets.
Click here to read the full story from Reuters via NBC News. 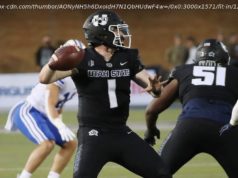 How to watch, listen to or stream the Mountain West Conference championship game 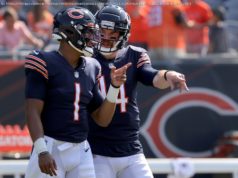 Fields Making Progress, But Won’t Play Vs. Cardinals; Dalton To Start At QB Again For Bears 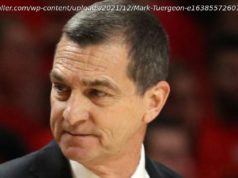