A guide to reporting by The New York Times about the former White House chief strategist and the news he generated during his 366 days working for President Trump.
Stephen K. Bannon has come full circle.
Following his ouster from the White House on Friday, he will return to managing the right-wing media outlet Breitbart News — just as he was doing before he joined the campaign last year and then the staff of the West Wing.
There has been no shortage of news generated by the President Trump’s former chief strategist, a man who told the media to “keep its mouth shut, ” seemed obsessed with dismantling what he called “the administrative state” and espoused a provocative theory of history, as laid out in a book that warned, “ Winter is coming .”
Here is a guide to The New York Times’s coverage of the right-wing agitator who worked for Mr. Trump for one year and a day.
In the years before joining Mr. Trump’s campaign, Mr. Bannon was known as a hard-charging, obscenity-hurling manager at Breitbart News, where he became executive chairman in 2012. His stewardship was a success, turning the once-fringe media outlet into a force to be reckoned with.
During the 2016 presidential campaign, Mr. Bannon referred to Breitbart News as “Trump central.” (Here is a collection of Mr. Bannon’s public statements before his appointment as campaign manager.)
For an in-depth look at Mr. Bannon’s life, here is a profile.
Mr. Bannon had never worked for a national political campaign before Mr. Trump appointed him campaign chief on Aug. 17,2016.
It was a shake-up — one that critics said was a sign of the campaign’s lack of cohesion. It also raised questions about Mr. Bannon’s apparent support for “alt-right” movements and white nationalist ideas.
Eight days after Mr. Trump’s inauguration, Mr. Bannon, who was serving as chief strategist, was given a seat on the principals committee of the National Security Council, a position customarily reserved for military generals.
On April 5, Mr. Trump removed Mr. Bannon from the committee.
There were signs of schisms in the White House, including what appeared to be growing rifts between Mr. Bannon and Jared Kushner, the president’s son-in-law and trusted adviser; Gary D. Cohn, the director of the National Economic Council; and Lt. Gen. H. R. McMaster, the national security adviser.
Mr. Trump seemed to be going out of his way to tell reporters that he, and not Mr. Bannon, was in charge of the West Wing, raising questions as to whether Mr. Bannon could hold onto his job for much longer.
Seeking to impose discipline on a turbulent White House staff, Mr. Trump named John F. Kelly, a retired four-star general who was secretary of homeland security, as the new chief of staff on July 28.
After Mr. Trump was criticized for saying “many sides” were responsible for violence at an Aug. 12 rally in Charlottesville, Va., Mr. Bannon defended the president and the rally. “Just give me more, ” he said. “Tear down more statues. Say the revolution is coming. I can’ t get enough of it.”
On Wednesday, The American Prospect published comments from Mr. Bannon that included jabs at his West Wing colleagues.
And on Friday, Sarah Huckabee Sanders, the White House press secretary, said that Mr. Kelly and Mr. Bannon “have mutually agreed today would be Steve’s last day.”
Mr. Bannon is now resuming his work as the head of Breitbart News, where he intends to continue to pursue the kind of coverage that helped propel Mr. Trump to the White House.
“I think I can be more effective fighting from the outside for the agenda President Trump ran on, ” Mr. Bannon said on Friday. “And anyone who stands in our way, we will go to war with.” 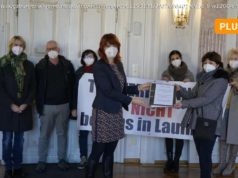 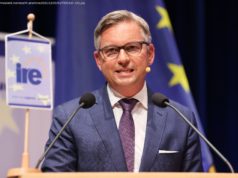 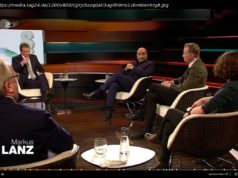