Leading Venezuelan opposition figures Leopoldo Lopez and Antonio Ledezma have been taken from their homes, according to tweets from their families.
It’s not confirmed who took him or where he was taken, but the video posted by Tintori shows Lopez being driven away in a car marked “SEBIN, ” an abbreviation for the Venezuelan intelligence service.
Two weeks ago he called for Venezuelans to keep up protests in a 15-minute video posted online. At the time he called Maduro and his supporters a “very clear threat, ” saying their goal is to undermine democracy and achieve the “absolute submission of the Venezuelan people.”
Ledezma, the former mayor of Caracas and a prominent opposition figure, was also taken from his home by SEBIN, according to tweets from his wife and children.
His daughter, Oriette Ledezma, denounced the move, saying in a video statement: “He was taken from his home today, early this morning. He was in pajamas. We don’t know where he was taken. A group of men came with their faces concealed and in camouflage and they took him. They have kidnapped him once again. We hold the regime responsible for his life and physical integrity.”
CNN has reached out to the Ministry of Communications for comment.
Vocal opponents
Lopez’ detention, which began in early 2014 over accusations of inciting anti-government protests, had been a rallying cry for anti-regime demonstrators. He’s been under house arrest since early July.
Lopez has long been a vocal opponent of the socialists in power and was banned in 2008 from running for office on accusations of corruption.
He described the banning as political retribution. An international human rights court cleared him in 2011, but the Venezuelan Supreme Court upheld the ban.
In February 2014, at least three people were killed during an anti-government protest in the capital, and authorities blamed him for the violence. He turned himself in, and was sentenced in 2015 to nearly 14 years in prison.
The two men’s removal from their homes come after a controversial election Sunday establishing a new legislative body made up entirely of Maduro supporters.
Fundamental shift
In that vote, Maduro declared a victory in a vote that much of the world — and many of his own citizens — have called a sham and an assault on democracy.
The election could replace the current legislative body, the National Assembly, with a new, 545-member Constituent Assembly, made up entirely of his supporters.
Venezuela’s attorney general lambasted the election.
“This is the end of freedom of expression, and this freedom has been battered for some time now, ” Attorney General Luisa Ortega said Monday.
The new, pro-Maduro assembly will have the power to rewrite Venezuela’s constitution.
“We have a Constituent Assembly. I said, come hell or high water — and hell and high water came — and the Constituent Assembly arrived from the hand of the people, from its conscience, ” Maduro said following the vote.
The voting followed weeks of violent street protests in which many people have been killed or injured.
On Sunday the death toll rose sharply with at least ten people — including two teenagers — killed at protests. A National Guard officer was also reported dead by the attorney general’s office. So far, 125 people have been killed in the ongoing unrest since early April.
Sanctions
The US Treasury Department slapped sanctions on Maduro following the vote, sending a clear signal of President Donald Trump’s administration’s opposition to his regime.
“Yesterday’s illegitimate elections confirm that Maduro is a dictator who disregards the will of the Venezuelan people, ” said Treasury Secretary Steven Mnuchin in a statement announcing the latest sanctions on the Latin American country.
Beginning on Monday, all of the Venezuelan’s president’s assets that are subject to US jurisdiction will be frozen. All US citizens are also barred from dealing with him, according to the Treasury. 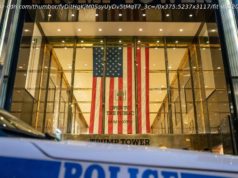 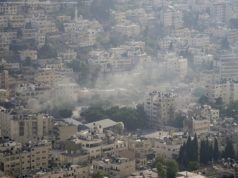