A dozen players for the Cleveland Browns prayed before their NFL game with the New York Giants Monday night.
A dozen players for the Cleveland Browns prayed during the national anthem before their NFL game with the New York Giants Monday night.
In the aftermath the racial wounds opened by the Charlottesville riot, they joined hands and got down on one knee to pray for those who’ve suffered from racial and social injustice.
Linebacker Christian Kirksey, who led the prayer, said they intended no disrespect for anyone, but it was time to speak out.
Tight-end Seth DeValve, who is white, also joined in.
“I wanted to take the opportunity with my teammates during the anthem to pray for our country, ” said DeValve, one of two white players to participate. “And also to draw attention to the fact that we have work to do. And that’s why I did what I did.”
DeValve’s wife is African-American and he said he wants to raise his children in a better environment that we have today.
“The United States is the greatest country in the world, ” DeValve said. “We wanted to draw attention to the fact that there’s things in this country that still need to change. I myself will be raising children that don’t look like me, and I want to do my part as well to do everything I can to raise them in a better environment than we have right now.”
The players said they spoke with their coach before the prayer and he supported their decision.
The group included: linebackers Jamie Collins and Christian Kirksey, running backs Isaiah Crowell, Duke Johnson, Terrance Magee and Brandon Wilds, safety Jabrill Peppers, DeValve, wide receivers Kenny Britt and Ricardo Louis and defensive back Calvin Pryor dropped to one knee in a huddle.
Rookie quarterback DeShone Kizer, offensive tackle Shon Coleman, punter Britton Colquitt, defensive back Jason McCourty and offensive lineman Marcus Martin stood and supported their teammates by putting their hands on their shoulders.
“Guys are trying to do something to stand on our platform and show people that we want to stand up for this country and show that no matter what your color is, no matter what your background is, whatever, we can all come together and work together to make it a better place, ” McCourty said.
Stay informed with the latest from CBN News delivered to your inbox. 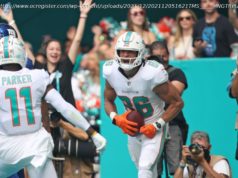 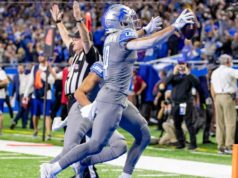 Lions score on final play, beat Vikings for their first win of the season 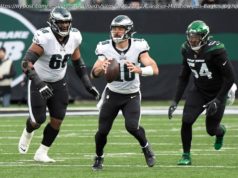