Here’s what you need to know about Asus’ latest Android phone, the ZenFone 4 including its release date, price and specifications
Following the launch of the ZenFone AR a couple of months ago, Asus has announced a new Android phone and called it the ZenFone 4. That’s a name Asus has used in the past, which rather confuses things.
You’ll be able to buy a ZenFone 4 in early November. You can pre-order one from 6 October from Asus’ eShop, and once released you can buy it from Carphone Warehouse and Amazon.
There’s a second model, the ZenFone 4 Max with a huge 5000mAh battery, which will go on sale on 6 October from the same three retailers.
There are two models of the phone. The main ZenFone 4 costs £449.99.
The ZenFone 4 Max costs £249.99.
Here are the key specs in a handy table, so you can compare the two models.
It’s clear that the ZenFone 4 bears more than a passing resemblance to the 5.5in iPhone, and it even shares the same 1920×1080 resolution.
Like the iPhone 7 Plus and 8 Plus there’s a dual-camera setup at the rear like many of 2017’s phones.
Unlike the majority, Asus has gone for a 12Mp main camera and a secondary 8Mp sensor with a wide-angle lens.
The former uses Sony’s flagship IMX362 sensor and it focuses using dual pixel phase-detection autofocus (PDAF). Asus says at 0.03 seconds, it’s the world’s fastest.
The camera also benefits from optical stabilisation on four axis which allows long(ish) exposures of 1/4 sec.
and image processing is handled by a Qualcomm Spectra 160 chip.
The wide-angle camera isn’t ultra-wide like LG’s recent phones, but it has a 120° field of view which lets you fit a fair bit more in the frame without introducing too much distortion.
There’s plenty of flagship-level components including Cat 12 LTE, Bluetooth 5,802.11ac Wi-Fi, and you get extras missing from the ‘Max’ version such as USB-C, hi-res audio, stereo speakers, a fingerprint sensor and NFC.
Asus keeps the price down by sticking with a full HD screen rather than quad HD, and there’s no waterproofing.
Similar in name and design, but very different inside, the Max is intended to offer huge battery life for those on a tighter budget that don’t care so much about having the best cameras and fastest processor.
The ZenFone 4 Max can act as a power bank and charge other devices thanks to the included OTG USB cable.
It has a similar dual camera setup to its pricier stablemate, but although the 13Mp main camera has extra resolution, it doesn’t have optical stabilisation. 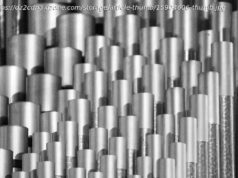 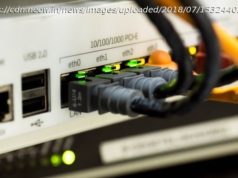 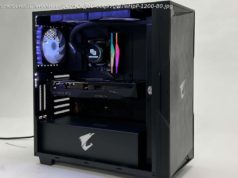 Gigabyte and Maingear team up to offer hassle-free PC builds