It’s an incomplete analysis, but it aligns with outside estimates.
The Graham-Cassidy plan to repeal and replace Obamacare would reduce the federal deficit by at least $133 billion, the Congressional Budget Office estimated Monday afternoon, after reviewing a recent not final version of the bill.
While the office couldn’t specify a number, it also said that the bill would likely lead to millions fewer Americans having health insurance when compared with current law.
“The number of people with comprehensive health insurance that covers high-cost medical events would be reduced by millions,” when compared with Obamacare, the CBO’s analysts said .
The coverage losses would result from Medicaid cuts, cuts to tax subsidies for people to purchase private insurance, and the repeal of Obamacare’s individual mandate, the CBO said.
But that’s about as specific as the office could be.
The CBO has said it will take weeks to fully assess the plan, including exactly how many people would have health insurance under the bill or what would happen to insurance premiums.
But we do have more specific outside estimates on the previous version of the bill: upward of 20 million fewer Americans with health insurance and hundreds of billions of dollars in cuts to federal health care spending.
Meanwhile, a vote on the bill is just days away, and the Senate is still revising it. Sens. Lindsey Graham (R-SC) and Bill Cassidy (R-LA) released a new draft Monday. The topline numbers from the CBO are unlikely to change, however.
The deficit reduction number is important for procedural reasons. Under the budget reconciliation process Senate Republicans are using to pass their Obamacare repeal bill with 51 votes instead of the usual 60, the Senate’s health care legislation must save as much money as a House version passed in May — a little more than $100 billion over 10 years.
Senate Republicans will still likely need to get their final version of the bill reviewed by the CBO, at least to double-check that the final bill meets the reconciliation requirements. And it’s not clear if they’ll wait for the full analysis of the effect on premiums and the number of people with insurance in order to hold a vote.
Although the CBO is still doing its calculations, we have some estimates of the original bill from the USC-Brookings Schaeffer Initiative for Health Policy, which attempted to replicate the CBO’s methodology:
The analysis may be the best estimates the public and Republican senators will see before they vote on the Graham-Cassidy plan, which would turn much of Obamacare’s funding into a block grant and send the money to states to establish their own health care programs.
An analysis from Avalere Health, an independent consulting firm, put a price tag on the original bill’s spending cuts: $215 billion from 2020 to 2026, when the bill’s funding expires. Stretched out to 2036, if the spending isn’t reauthorized, the cuts are nearly $4 trillion versus current law.
The crux of Graham-Cassidy is a block grant program: The bill keeps most of Obamacare’s taxes and packages the revenue into block grants that are sent down to the states to set up their own health care programs with few strings attached. A complex formula, based in part on the number of residents in or near poverty, is used to distribute the funding between the states. The bill also overhauls Medicaid, placing a federal spending cap on the program for the first time.
Add it all up and, generally speaking, states led by Democrats are hit the hardest, while states led by Republicans receive the largest reward.
Or looked at another way, because the cuts don’t break down purely along party lines: The more aggressively a state implemented Obamacare and sought to enroll people in coverage, the worse it fares under Graham-Cassidy.
The last-minute revisions that Graham and Cassidy are making don’t seem likely to significantly change that underlying story. But the bill is being rushed to the Senate floor too fast for the CBO to confirm what outside estimates have said. 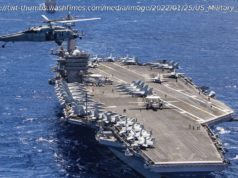 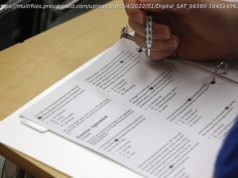 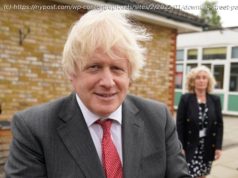