Dallas rides big plays all around and gets three scores from its young quarterback in 28-17 win at Arizona.
GLENDALE, Ariz. — First, a big social statement. Then, a barrage of big plays.
That was the formula for the Dallas Cowboys, who followed a creative pre-game demonstration for equality and unity with an exhibition of highlight-reel plays that made all the difference in a 28-17 smashing of the Arizona Cardinals on Monday night.
Dak Prescott capped a 10-yard touchdown run with a somersault into the end zone. Dez Bryant finished off a 15-yard touchdown reception by pushing a pile of Cardinals for the final few yards. Brice Butler produced a 37-yard touchdown off a scramble drill by leaping above his defender.
And the oft-maligned Dallas defense buried Arizona’s Carson Palmer for six sacks — three coming from NFL sack leader DeMarcus Lawrence — before finishing the game with a goal-line stand.
“One of the things we talk about all the time — it’s the foundation of our entire program — is the word ‘fight,’ ” said Cowboys coach Jason Garrett. “You just have to keep fighting. You have to keep battling.”
Eight days after getting clobbered 42-17 at Denver, Dallas’ worst in nearly four years — and punctuated by Ezekiel Elliott quitting rather than giving chase after a Broncos interception — the Cowboys (2-1) rebounded with the required amount of hustle.
“I told y’all, no panic,” Bryant scolded reporters in the locker room. “That’s what I said.”
At the next locker, Butler needled Bryant.
“Do you even remember what you say?” said Butler, who had two catches for 90 yards.
A few minutes earlier, Bryant playfully bristled when told that he resembled a fullback on his third-quarter touchdown. After catching a slant over the middle at the 13-yard line, he was met at the 3-yard line by three Cardinals. He lowered his shoulder and continued to push as more players piled on. Dallas guard Zack Martin provided an assist by crashing into the scrum, allowing Bryant to cross the goal line.
“A fullback?” Bryant wondered to USA TODAY Sports.
Yeah, like Jim Brown.
“That play was inspired by Ezekiel Elliott,” Bryant added.
Said Garrett: “Dez is all about fight. Scratch, claw, battle.”
The Cardinals (1-2) struck for a quick touchdown on the game’s opening drive, then Dallas was on the verge of falling behind by two touchdowns when Jaron Brown (who snagged a 25-yard pass from Palmer for the first score) touched down in the end zone for an apparent 10-yard score in the second quarter.
But then the Cowboys’ fortunes changed. Brown’s TD was nullified by a holding penalty. Two snaps later, Phil Dawson missed a 36-yard field goal attempt.
Just before halftime, Prescott faked a handoff to Elliott and bolted off right tackle. Defensive back Justin Bethel met him at the 1-yard line and lowered his shoulder, but Prescott’s momentum — and, apparently, grit — caused him to flip and land on his feet in the end zone.
“He’s a physically tough guy and a mentally tough guy,” marveled Garrett, “and an amazing athlete.”
Prescott (13-for-18,183 yards, 2 TDs, 141.4 passer rating) was hardly done at that point, and neither was the tough night for Bethel — a frequent target as he plays opposite all-pro Patrick Peterson.
Prescott found Butler, Dallas’s fourth receiver, early in the fourth quarter on a busted play. Butler said he made eye contact with Prescott, who rolled right, and flashed his hand up, then headed for the corner.
As Butler put it, “I gave him the eye and the finger.”
It worked.
“That’s an old-school scramble drill,” he said.
What a difference a week makes. There was no knocking the hustle.
***
Follow NFL columnist Jarrett Bell on Twitter @JarrettBell
PHOTOS: Week 3 NFL action 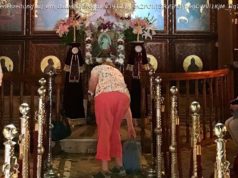 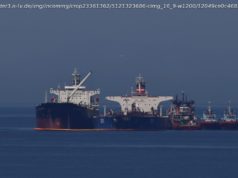 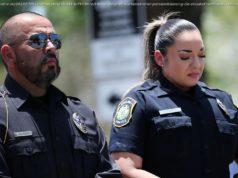