With Snapchat now firmly established as a public company, we investigate the ubiquitous photo-messaging app.
Snapchat is everywhere. It certainly abounds if you’re under the age of seventeen, but even those of us who are ‘past’ it in relative terms will be familiar with the photo-messaging app. Launched in 2011, it rose to prominence over a relatively short time, and by 2014 had amassed an average of 700 million ‘snaps’ per day. After snubbing a reported $3 billion buyout offer from Facebook, it became a publicly traded company in March. But what actually is Snapchat? We’ve put together all we know about the app.
Snapchat is essentially a photo- and video- sharing messaging app. Its initial uniqueness lay in the fact that sent photos and videos were only available to the recipient for a fleeting amount of time (usually ten seconds) . A recent update to the app now lets people send photos and videos to a person for an ‘infinite’ amount of time (battery and mortality permitting, of course) , meaning the recipient doesn’t have a time limit on how long he or she can view the image or video for. Click off it though, and it’s gone forever.
Snapchat is essentially an easy way for people to send each other ‘snaps’ which both recipient and sender don’t necessarily need or – salaciously – want to be kept permanently. It is said to have played a major role in the rise of the ‘sexting’ phenomenon, with users mistakenly believing they’re sending throwaway explicit content. As ever with the internet, these things can resurface. But more on that later.
Users can also create ‘Stories’ – essentially a smartphone-captured compilation of their day. Such content varies from clips of concerts and photos of brunch to users broadcasting the pace of their runs (there’s an inbuilt speedometer) . When it comes to the hallowed Snapchat story, just about anything goes. Stories last for 24 hours, and can be watched as many times as the viewer likes during this time. With abundant celebrities having long since jumped on the bandwagon, stories can range from the inane to the scintillating to the downright scandalous. This feature has proved so popular it was recently copied by Facebook, WhatsApp and, most successfully, Instagram.
Snaps are designed to be fleeting (otherwise we’d just be using text or WhatsApp) . That being said, recipients have the option to ‘replay’ snaps once, if they’re quick enough. After that, they’re gone.
Stories, as mentioned before, are different. It’s a free-for-all on the viewing front up until 24 hours has elapsed, at which point the content is lost to the annals of Snapchat history.
Users can see when you’ve opened their snaps, and viewed their stories. Which isn’t ideal if you’re trying to ignore someone, or dodge their messages (you cruel human, you) . It’s not uncommon for millennials who have ex-partners or ‘frenemies’ on the app to ‘view’ their estranged contacts’ content via somebody else’s device. If you’re under 25, you almost certainly will have been embroiled in this situation; cries of “let me watch it from your Snapchat, I don’t want her to know I’ve seen it” can be heard bouncing off the rooftops of Hackney’s yuppie heartland.
Another slightly more damaging caveat of Snapchat is that it’s possible for users to screenshot media sent to them. That means anything you send doesn’t necessarily elapse and disappear forever – far from it.
At least when someone takes a screenshot of the picture in-app, it’s emblazoned with a flash symbol, so the sender knows the recipient has screenshotted their snap. With the latter of the two methods, the treachery is altogether more opaque.
This article originally appeared at alphr.com 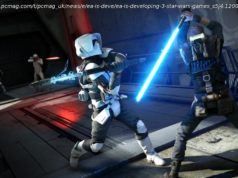 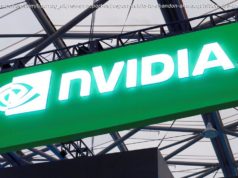 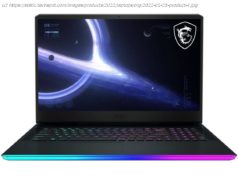