Now Apple has put reality distortion inside every iPhone, we’ll get to explore new realities with apps like these
While Face ID may be capturing headlines, its Apple’s ARKit that will make a much bigger difference to iPhone user’s lives.
The company directed attention at gaming implementations during its recent iPhone X launch, but those are by no means the only things you should be looking for as the first ARKit-enabled apps begin to hit the App Store.
Here are some of the first AR-ready apps to be made available in advance of tomorrow’s iOS 11 launch – more are steadily appearing on the App Store, so do let us know if you come across anything insanely great.
These early implementations will soon be joined by a much wider collection of increasingly useful AR apps .
I’m seeing new ideas daily: take a look at Maker Studio, Orb, and the Neon social AR messaging platform for a few different takes.
I’ve written before on some of the potential enterprise implementations for Apple’s AR technologies.
Retailers are particularly excited at these technologies.
“Augmented reality mobile applications for shopping can boost retailer performance by many measures: increased market share, sales and profitability,” explained Scott Dacko, Associate Professor of Marketing and Strategic Management at Warwick Business School in a major 2016 U. S. study of the potential of AR to transform retail .
He believes that augmented reality shopping apps will provide, “Richer experiences and greater value that can lead to increased store footfall and conversion rates for brick-and-mortar retailers.”
We’re going to see similar impacts in real estate, car sales, city management and elsewhere in Industry 4.0.
Fybr builds sensor networks for city traffic management, agriculture, and industrial implementations.
The video below shows a proof-of-concept ARKit app its devleopers built over a weekend that takes live parking information from its sensor networks on various city streets and makes it available on an iOS device.
That’s useful if you are a driver using an HUD, but may also prove itself valuable to city transit authorities.
The thing is this proof of concept solution underlines that Apple’s is not a pure consumer play.
There are also significant opportunities for enterprise and industrial use, including (but not exclusively) uses in the $20 billion market for fast prototyping and product design currently coalesce around AutCAD and Autodesk.
Even Apple understands the potential for ARKit for galleries and public exhibition spaces, as this demo of its use of AR at its Apple Park visitor center shows.
As you might expect, the initial rush of AR-enabled iOS apps may often seem more experimental than essential, but that’s going to change rapidly as iOS 11 proliferates. 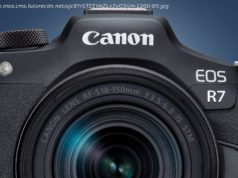 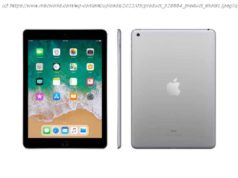 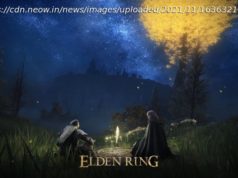