Prime Minister Shinzo Abe will send voters to the polls more than a year ahead of schedule after announcing snap elections for Japan’s parliament.
Tokyo – Prime Minister Shinzo Abe will send voters to the polls more than a year ahead of schedule after announcing snap elections for Japan’s parliament.
Abe plans to dissolve the lower house on Thursday, according to a senior lawmaker of Shinzo’s Liberal Democratic Party (LDP), setting up for a vote that could take place as early as October 22 nd .
The prime minister, whose ratings have risen to about 50% from about 30% in July, makes the announcement amid threats from North Korea’s government, who launched two missiles over Japan’s northern island of Hokkaido in recent weeks.
“There does seem to be a feeling that he is a strong leader, a safe pair of hands, this is a time to rally around him, so he does seem to be using that opportunity,” Al Jazeera’s Rob McBride reported from Tokyo.
Opposition parties have criticised the vote as a way for Abe’s to avoid recent scandals, including allegations of cronyism, which representatives promised to address on Thursday.
The prime minister’s plan to dissolve the lower house this week would “rather conveniently for some perhaps, [put] all these allegations on hold for a few weeks”, said McBride.
Despite Abe’s recent popularity, an LDP internal survey showed that seats for the prime minister’s party and coalition partner Komeito could drop to 280 from 323 in the election, the newspaper Nikkei reported on Saturday. Reforms enacted last year will reduce the number of lower house seats to 465 from 475.
Japanese voters could see the election as “cynical and opportunistic move” meant to distract from recent allegations, said Yoel Sano, an analyst at Business Monitor International (BMI) research.
Prime Minister Shinzo Abe
Commentator Masao Yora says the vote could also “create a political vacuum” when strong leadership is most needed in the ongoing North Korea crisis .
Ruling Liberal Democratic Party senior official Koichi Hagiuda responded to concerns about the election’s timing.
“Even if there is a contingency during the election, I am confident that we can respond properly,” Koichi said on public broadcaster NHK.
OPINION: Japan’s plan to cut EU pharmaceutical prices is harmful
While opposition parties have struggled to challenge the LDP, the increasingly popular Tokyo governor Yuriko Koike announced on Monday that she would establish a new conservative party, called “Party of Hope”, hours before Abe was expected to call a snap election.
“There is a feeling that he’s preempting her starting this party, he’s calling this election now, hoping that does not give her enough time to put in place a national structure and her opposition candidates to challenge the LDP,” Al Jazeera’s McBride reported.
“Japan is facing a difficult time considering the situation in North Korea. Economically, the world is making a big move while Japan’s presence is gradually declining,” Koike said. “Can we continue letting [the existing lawmakers] handle politics?”
Should he secure a fourth term in office, Abe’s agenda would push forward a raise in sales taxes to 10% from 8%, the revenue from which would be directed into child care and education spending rather than working to pay off the country’s debt.
A survey by the Nikkei business daily showed the main opposition Democratic Party is expected to win 8% of the vote, compared to the 44% expected to vote for Abe’s LDP.
That was higher than the 27.7% a Kyodo news agency survey showed voting for Abe’s party, with 42.2% undecided. 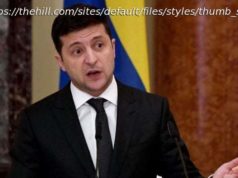 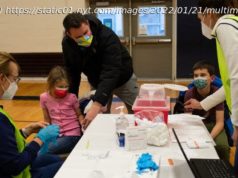 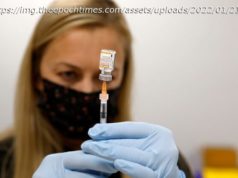 Vaccines Much Less Effective Against Omicron, but Boosters Restore Some Protection: Studies