The pop star earned mixed reactions for his message of equality.
Justin Bieber sang the praises of the Black Lives Matter movement — and quickly earned mixed reactions.
The pop star, 23, voiced his support for equality and shared his eagerness to shed a light on the racism that still exists today by sharing an Instagram photo on Friday that simply reads “Black Lives Matter.”
“I am a white Canadian and I will never know what it feels like to be an african American (sic) but what I do know is I am willing to stand up and use my voice to shine light on racism, because it’s a real thing and it’s more prevalent now than I have ever seen in my lifetime,” he captioned the image. “We are all Gods children and we are ALL EQUAL.”
It’s unclear what motivated Bieber to share the message, but his comments garnered differing opinions from members of the African-American community.
Marilyn Manson says he feuded with Justin Bieber over T-shirts
Several Twitter users shared their support for Bieber, with one apparent fan, @21flowerfeast, writing, “Ive been proud of justin bieber MANY times in my life but him posting black lives matter on instagram is another level of proud.”
Another user shared a clapping emoji to applaud the “Friends” singer.
“Okay at justin bieber saying black lives matter,” the commenter, @fendibeauty, tweeted.
The Instagram page The Shade Room, meanwhile, had a positive reaction as well.
Justin Bieber checked into L. I. hospital due to swollen testicle
“Okay! #JustinBieber says he’s down with the #BLM movement,” wrote the poster for the account.
Others within The Shade Room’s comments section, however, were not as quick to embrace Bieber, with several expressing skepticism that Bieber’s words will have any impact.
“Thanks but what exactly is he planning to do to help this movement? A nice quote is one thing but, what are actually down to do?” wrote a commenter with the username @ktrini84.
Another wrote that they were rolling their eyes, while one person pointed out that Bieber was previously caught on camera using the N-word while telling jokes years ago when he was still a teen.
Selena Gomez’s Instagram hacked, posts nude Justin Bieber snaps
“But you didn’t mind making racist jokes, now you wanna stand up for black people, make ya mind up dude,” the commenter, @ebony.sheree, penned.
Those videos of Bieber making the jokes emerged in 2014, but were filmed while he was 15. He apologized for telling the jokes shortly after the videos surfaced. 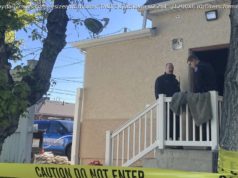 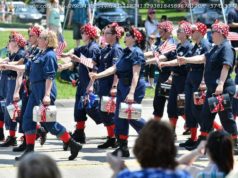 Things to do Memorial Day weekend in Metro Detroit 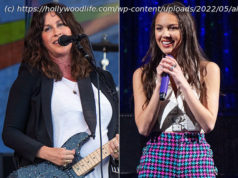 Alanis Morissette Joins Olivia Rodrigo On Stage To Sing ‘You Oughta Know’ At Her Show: Watch