Jake LaMotta, the legendary former world middleweight boxing champion whose wild life and times inspired the Oscar-winning movie “Raging Bull,” has died at age 95, his family announced Wednesday.
Jake LaMotta, the legendary former world middleweight boxing champion whose wild life and times inspired the Oscar-winning movie “Raging Bull,” has died at age 95, his family announced Wednesday.
LaMotta, an iconic figure from boxing’s 1950s golden age best known for a brutal six-fight rivalry with Sugar Ray Robinson, passed away on Tuesday, the boxer’s daughter Christi LaMotta said on Facebook.
LaMotta’s seventh wife, Denise Baker, told the TMZ.com website that the fighter died in a nursing home following complications from pneumonia.
“I just want people to know, he was a great, sweet, sensitive, strong, compelling man with a great sense of humor, with eyes that danced,” Baker was quoted by TMZ as saying.
Robert De Niro, who won an Oscar playing La Motta in the 1980 classic “Raging Bull,” led the tributes, saying in a statement: “Rest in peace, champ.”
The De Niro-founded TriBeca Film Festival later posted a picture of the actor alongside LaMotta and the film’s director Martin Scorsese.
LaMotta’s long life belied a lengthy career in the ring which was notable for some of the most bruising battles the sport has ever seen.
In a career spanning 1941 to 1954, LaMotta racked up a record of 83 victories, 30 of them knockouts, against 19 defeats, according to the boxing statistics website BoxRec.
On June 16,1949 he scored a knockout win over French boxer Marcel Cerdan to capture the middleweight title. After two successful defenses, he lost the belt in 1952 in his sixth bout against Sugar Ray Robinson.
The final fight with Robinson took place on February 14,1951, and was dubbed the “Saint Valentine’s Day Massacre.”
– Savage beating –
LaMotta, his eyes badly swollen and unable to see clearly, refused to go down and endured a savage beating before the contest was stopped in the 13th round with LaMotta clinging onto the ropes.
“If the referee had held up another 30 more seconds, Sugar Ray would have collapsed from hitting me,” LaMotta later joked.
Robinson would describe LaMotta as his most durable opponent in the ring.
“He’s the toughest guy I ever fought, I never knew anyone who was more aggressive and rough as he,” Robinson said years later.
LaMotta retired in 1954 after a split decision defeat to Billy Kilgore in Miami.
Decades later, his remarkable and often violent life story was brought to a wider audience with Martin Scorsese’s spellbinding “Raging Bull.”
The film charted LaMotta’s rise, which included a controversial fight against Billy Fox which he threw under orders from the Mafia, his abusive second marriage, as well as his dramatic post-boxing fall.
“When I saw the film, I was upset,” LaMotta said later.
“I kind of look bad in it. Then I realized it was true. That’s the way it was. I was a no-good bastard. I realize it now. It’s not the way I am now, but the way I was then.”
In retirement, LaMotta entered the hospitality industry, managing restaurants and bars.
However in 1958 he was arrested and charged with introducing men to an underage girl after a teenager entered his Miami nightclub. He was convicted of pimping and spent six months on a chain gang in Dade County, Florida.
Later, LaMotta would find fame on the standup comedy circuit, breaking down his life into a series of memorable one-liners that revealed a flair for comic timing.
“We’re going to talk about the art of self-defense tonight — in order to defend yourself you need two things, a good lawyer and a good alibi,” ran one of his gags.
Another joke referenced his rivalry with Robinson. “I fought Sugar Ray so many times, it’s a wonder I don’t have diabetes,” he said.
Daughter Christi LaMotta on Tuesday described her father as a “great athlete, he lost his title to one of the best Middleweight Boxers in history, Sugar Ray Robinson.”
She revealed that his decision to throw the fight against Fox had left a lasting scar.
“When he took a dive during the Billy Fox fight, which he didn’t want to do, it literally broke him & was never the same afterwards,” she added. 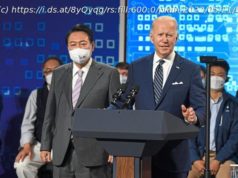 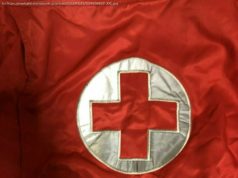 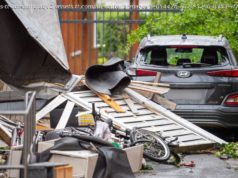