Television’s biggest stars were dusting off their designer frocks and getting suited and booted Sunday for their chance to snag the biggest prizes for the small screen.
Television’s biggest stars were dusting off their designer frocks and getting suited and booted Sunday for their chance to snag the biggest prizes for the small screen.
With awards juggernaut “Downton Abbey” finished and “Game of Thrones” ineligible, this year’s Emmys are seen as the first in years in which any show could take home the most prestigious statuettes.
There will be fierce competition among a host of acclaimed first-timers, including HBO sci-fi Western show “Westworld,” Hulu’s dystopian “The Handmaid’s Tale” and Netflix’s 1980s-set horror series “Stranger Things.”
The three series already have a huge 13 statuettes between them from last weekend’s Creative Arts Emmys, which recognize behind-the-scenes talent as well as guest acting appearances.
“What’s probably going to come out is that the awards will be spread across everybody. I think everyone’s going to be happy,” Debra Birnbaum, executive editor of television for Variety magazine, told AFP.
The glitzy ceremony in downtown Los Angeles — the first under the administration of President Donald Trump — is expected to have a distinctly political flavor, with host Stephen Colbert likely not to pull his punches.
NBC’s long-running comedy sketch show “Saturday Night Live” received 22 nominations — the joint-highest total alongside “Westworld” — after a year of mercilessly spoofing the new commander-in-chief.
Its haul of five Creative Arts statuettes included outstanding guest actress in a comedy series for Melissa McCarthy, whose “Unhinged Spicey” take on embattled White House press secretary Sean Spicer came to embody early criticism of the administration.
The show is in the running for five more gongs at the main ceremony, with Alec Baldwin and Kate McKinnon nominated for their turns as Trump and campaign rival Hillary Clinton.
HBO’s fantasy epic about noble families vying for control of the Iron Throne raked in a record-breaking 12 awards last year, but is ineligible for the 69th Primetime Emmy Awards, having started its seventh season too late.
– ‘Good writing’ –
The outstanding drama category includes five debutants — “Westworld,” “The Handmaid’s Tale,” NBC’s family drama “This Is Us,” and two Netflix shows, “Stranger Things” and British royal drama “The Crown.”
“I thought that ‘The Crown’ was marvelously done,” the 75-year-old actor Tobin Bell, best known for playing the iconic Jigsaw Killer in the “Saw” franchise, told AFP. “The writing was great and the exploration of that particular period was beautifully done.”
Birnbaum said that with such an open field this year almost no award would surprise her.
“The only thing I think is a sure thing would be Elisabeth Moss for ‘The Handmaid’s Tale.’ I think she’s beloved in the academy,'” she said.
Fiona Dourif, star of BBC America’s “Dirk Gently’s Holistic Detective Agency,” said she was currently watching “The Handmaid’s Tale” and hoped to see Moss rewarded, as well as “Stranger Things.”
“The talent and the writing in cable television I think is what film was ten years ago,” The 35-year-old actress, who also starred in HBO’s “True Blood.”
“Veep” star Julia Louis-Dreyfus, vying for a sixth consecutive Emmy for best actress in a comedy, is the only other nominee who could be described as a shoo-in, according to Birnbaum.
The 69th Primetime Emmy Awards will be beamed live from the Microsoft Theater in Los Angeles by CBS and starts roughly at 5 pm (0000 GMT Monday). 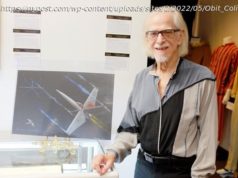 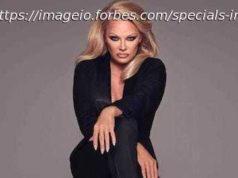 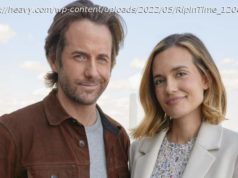