Ride-sharing app or taxi? That is the question as Uber is deleted over renewed safety concerns.
Transport for London has refused to renew Uber’s private hire licence on the streets of the capital, saying that it has taken the decision on the grounds of “public safety and security implications”.
What “security implications” refers to is unclear, but the move is merely the latest in a series of bans and protests against Uber around the world. Many have centred on the clash between what is frequently billed as a ride-sharing app, but is used by millions as a taxi service with non-vetted (if user-reviewed) drivers.
In Paris in 2014 and 2015, taxi company protests and attacks on Uber drivers led to the UberPop app being suspended. Elswhere, such as New York, the service is hugely popular.
Mayor of London Sadiq Khan said in a statement: “I fully support TfL’s decision. It would be wrong if TfL continued to license Uber if there is any way that this could pose a threat to Londoners’ safety and security.”
General secretary of the Licensed Taxi Drivers’ Association, Steve McNamara added: “This immoral company has no place on London’s streets.”
TfL also cited Uber’s use of its Greyball technology, which has helped the company to evade investigators posing as users, according to a New York Times investigation earlier this year.
In London, Uber is used by up to 3.5 million passengers, according to the company’s own figures, while the apps provide on-demand, flexible employment for as many as 40,000 drivers, it says.
The effective ban comes at a challenging time for both the capital and the UK, as the country struggles to attract inward investment, maintain consumer confidence in the run-up to Brexit, and ready itself for the days when increasing numbers of citizens will rely on the gig economy to supplement their income as automation increases.
The company has said it will appeal against the “Luddite decision”, and added, “Far from being open, London is closed to innovative companies”. The company has 21 days to lodge that appeal.
However, while popular in 600 cities worldwide – according to Uber’s own estimates – the company’s main innovation is mobilising other people’s assets to build a market presence that will ultimately dispense of their services.
Uber is among many companies, such as Waymo (Alphabet/Google – currently suing Uber for patent infringement and misappropriation of assets), Tesla, Ford, and GM, to be developing autonomous vehicle technologies. Uber’s long-term aim would appear to be to build the infrastructure to summon driverless cars with a click.
Despite this, Uber’s general manager in London, Tom Elvidge, told the BBC that he was putting the company’s 40,000 drivers front and centre of the protest: “To defend the livelihoods of all those drivers, and the consumer choice of millions of Londoners who use our app, we intend to immediately challenge this in the courts.”
Whether TfL’s move is enforceable in the real world remains to be seen: many previous examples of bans or licence rejections have seen drivers continue to pick up work, while Uber itself favours a Wild West approach to business when it rides into town.
The challenge for legislators is that everyone loves a cowboy. You can refuse a licence, but you can’t mass-delete a popular app – unless app stores cease to approve it. Many Uber users now see the service as a consumer right, even if their safety might seem low on the company’s list of priorities.
But if Uber sincerely wants to build a collaborative, gig-economy, on-demand future – as opposed to market share at any cost – then it must soon learn how to collaborate itself. 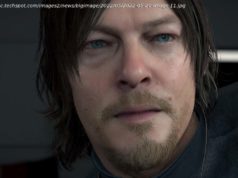 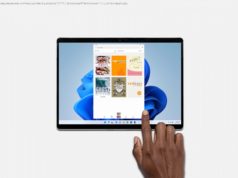 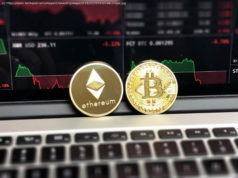