But she has no reason to sell it… yet.
Lisa Murkowski voted against every Obamacare repeal bill that’s come before the Senate this year — and became more popular with her state’s voters in the process. In April, 59 percent of Alaskans told Morning Consult that they approved of the Republican senator; today, that figure is 65 percent, making Murkowski the sixth-most beloved senator in the United States.
Murkowski has proven that she does not need the Republican Party’s support to retain political power. In 2010, she lost her Senate primary to a tea-party challenger — and defeated him in November with a write-in campaign.
Three months ago, she promised her constituents that she was “committed to ensuring that important provisions of the ACA, such as covering those with preexisting conditions, continued support for Medicaid expansion, coverage for dependents and no lifetime limits, and funding for Planned Parenthood remain intact.” She has also, repeatedly, insisted that she isn’t comfortable supporting any health-care bill without seeing a full analysis from the Congressional Budget Office.
Now, Senate Republicans have introduced a health-care bill that would allow states to end protections for those with preexisting conditions; end the Medicaid expansion, entirely; allow states to permit lifetime limits; and defund Planned Parenthood.
Senate Republicans plan to vote on the legislation before the CBO releases a score on its effects.
Nonetheless, some of those effects are plainly apparent. The Graham-Cassidy bill is a document with a lot of complexities. But the basic thrust is simple: It cuts federal funding for — and regulations on — the provision of health insurance to a more radical degree than any previous GOP health-care bill.
And yet, for some strange reason, Mitch McConnell ostensibly believes that he can convince Lisa Murkowski to vote for this thing — in fact, his entire legislative strategy depends on it. On Wednesday afternoon, Politico reported that Rand Paul and Susan Collins are “viewed” as hard “no’s.” If true, that would mean Murkowski can now kill the bill single-handedly (McConnell can only afford to lose three votes).
So far, she’s refused to pull that trigger. This has led to speculation that her vote can be bought. And this scoop from Business Insider’s Josh Barro suggests that Republicans do, in fact, think her support is for sale:
Lindsey Graham confirmed his party’s interest in giving Alaska special treatment Wednesday, telling reporters, “We’re very interested in helping Alaska because Alaska has 750,000 people. And a land mass bigger than Texas.”
Clearly this position has nothing to do with the current Senate math, and is merely a reiteration of the timeless conservative principle that states with 750,000 people — and a lot of land — deserve more help than other states.
Barro has dubbed the bill’s new funding formula “the Alaska Purchase.” But the formula doesn’t actually give Murskowski’s state more money than it receives under the status quo. On the contrary, Alaska still appears to lose money under Graham-Cassidy — it just loses less money than other Medicaid expansion states.
So: The GOP’s (ostensible) plan for passing Graham-Cassidy is to win over a politically secure senator — who has opposed every other repeal bill and owes nothing to the Republican Party — to the most radical repeal legislation yet, even though it violates at least five separate promises she made to her constituents, by offering to cut federal subsidies to her state by a relatively modest amount.
Maybe McConnell has some other pork project — or piece of blackmail material — up his sleeve. But right now, it is impossible to understand why Murkowski would ever vote for her colleagues’ latest legislative monstrosity. 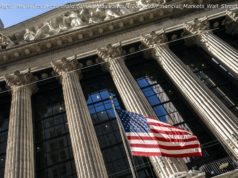 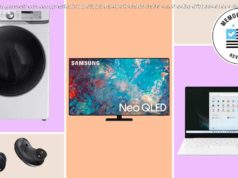