Detroit’s Matthew Boyd was one out from a no-hitter on Sunday when the White Sox’s Tim Anderson doubled. Boyd got the final out as the Tigers cruised to a 12-0 win.
DETROIT — Matthew Boyd ‘s no-hit bid ended when Tim Anderson doubled with two outs in the ninth inning, and the Detroit left-hander closed out a 12-0 win over the Chicago White Sox on Sunday for the first nine-inning complete game of his professional career.
Boyd (6-10) allowed only two runners — a walk to Rob Brantly in the third and Anderson’s double to the gap in right-center field. He struck out five and threw 121 pitches — his career big league high.
The 26-year-old had not thrown a complete game in 52 previous major league starts and had never thrown a nine-inning complete game in 121 previous professional starts.
Miami’s Edinson Volquez has the only no-hitter in the majors this year, against Arizona on June 3.
This was the sixth time this season that a no-hitter was broken up in the ninth inning or later — and Boyd was the first pitcher to have his bid broken up with one out to go. Anderson’s drive bounced just short of the wall while right fielder Nicholas Castellanos gave chase.
Castellanos hasn’t played much in the outfield this year. He was there Sunday because Jeimer Candelario was at third base, but Anderson’s hit would have been a tough play for anyone.
The White Sox, who have not been no-hit since 2011, broke up a bid by Colorado’s Kyle Freeland in the ninth inning July 9.
Detroit hasn’t had a no-hitter since Justin Verlander threw one at Toronto on May 7,2011.
Boyd, acquired in 2015 when the Tigers traded David Price to the Blue Jays, was helped a couple of times by fine defensive plays. Shortstop Dixon Machado went deep into the hole to field Avisail Garcia ‘s second-inning grounder, and first baseman Efren Navarro made an over-the-shoulder catch of Anderson’s foul pop in the sixth.
Chicago starter Dylan Covey (0-6) allowed five runs, seven hits and four walks in 3 2/3 innings.
Castellanos extended his hitting streak to a career-long 14 games with a two-run double in the third, and Mikie Mahtook ‘s two-run homer off Chris Beck made it 7-0 in the fifth, leaving the focus squarely on Boyd.
Castellanos kept Detroit’s offense rolling in the bottom of the sixth with a two-run homer, and Candelario’s three-run shot in the eighth made it 12-0.
The crowd let out a roar when Boyd took the mound for the ninth. He retired Adam Engel on a foul popup to third, then pinch-hitter Kevan Smith grounded out to second.
Boyd fell behind Anderson 2-0, however, and the Chicago hitter connected on the next pitch.
TRAINER’S ROOM
White Sox: Garcia started in left, his first game action since sustaining a broken jaw and concussion in a July 31 collision with Yoan Moncada .
Tigers: Cabrera had the day off after leaving Saturday’s game with chronic back pain. Tigers manager Brad Ausmus said Cabrera, who has been dealing with the problem all season, will continue to play in the season’s final two weeks.
UP NEXT
White Sox: Chicago is off on Monday before a three-game series in Houston. Lucas Giolito (2-2,2.56) is scheduled to start for the White Sox.
Tigers: Detroit continues its final homestand of the season with three games against the Oakland Athletics, starting Monday night. Ausmus has said that if Andrew Romine is going to play all nine positions in a game, it would be during the Oakland series. Friday, Buck Farmer (4-3,6.62) starts for the Tigers against Jharel Cotton (8-10,5.81). 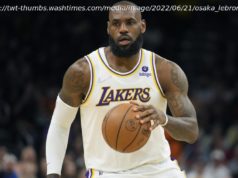 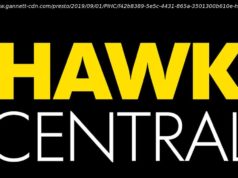 Podcast: On a banner day for Iowa basketball in recruiting and the NBA Draft 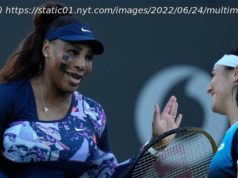 Serena Williams’s Wimbledon Draw Could Have Been Worse