James Dyson, the billionaire British inventor of the bagless vacuum cleaner, said on Tuesday his company was working on developing an electric car to be launched by 2020.
LONDON (Reuters) – James Dyson, the billionaire British inventor of the bagless vacuum cleaner, said on Tuesday his company was working on developing an electric car to be launched by 2020.
Dyson said he was spending 2 billion pounds ($2.7 billion) to exploit his namesake company’s expertise in solid-state battery technology and electric motors to be found in his innovative vacuum cleaners and other products like bladeless fans and air purifiers.
“Battery technology is very important to Dyson, electric motors are very important to Dyson, environmental control is very important to us,” Dyson, aged 71, said at his company’s flagship shop on London’s Oxford Street.
“I have been developing these technologies consistently because I could see that one day we could do a car.”
Dyson said a 400-strong team of engineers had already spent 2-1/2 years working on the hitherto secret car project in Malmesbury, Wiltshire. However, the car itself still has to be designed and the choice of battery to be finalised.
The company was backing solid-state rather than the lithium ion technology used in existing electric vehicles because it was safer, the batteries would not overheat, were quicker to charge and potentially more powerful, he said.
Dyson said his ambition to go it alone was driven by the car industry’s dismissal of an idea he had of applying his cyclonic technology that revolutionised vacuum cleaners to handle diesel emissions in car exhaust systems in the 1990s.
“We are not a johnny-come-lately onto the scene of electric cars,” he said. “It has been my ambition since 1998 when I was rejected by the industry, which has happily gone on making polluting diesel engines, and governments have gone on allowing it.”
There had already been clues that Dyson was working on a car.
His company has been hiring executives from Aston Martin and last year the government said in a report it was helping to fund development work on an electric vehicle at the firm, although the entry was quickly changed.
Dyson said he was coming clean now because it was becoming harder to talk to subcontractors, government and potential new employees. FAR EAST MARKET
But the car does not yet have a design nor a chassis, he said, and the company had not yet decided where it will be made, beyond ruling out working with the big car companies.
”Wherever we make the battery, we’ll make the car, that’s logical,“ he said. ”So we want to be near our suppliers, we want to be in a place that welcomes us and is friendly to us, and where it is logistically most sensible.
“And we see a very large market for this car in the Far East.”
Dyson gave no details of the concept for the vehicle, beyond saying it would not be like anything else already on the market.
“There’s no point in doing one that looks like everyone else‘s,” he said, adding that it would not be a sports car and it would not be “a very cheap” car.
Dyson, who was a prominent backer of the campaign for Britain to leave the European Union, has been able to fund the project through the profits of his holding company.
The Weybourne Group reported a 55 percent rise in pretax profit to 473 million pounds in 2016 on revenue of 2.53 billion pounds, according to accounts filed earlier this month.
On Tuesday Dyson told his workforce, which includes more than 1,000 engineers, that the company finally had the opportunity to bring all its technologies together into a single product.
“Competition for new technology in the automotive industry is fierce and we must do everything we can to keep the specifics of our vehicle confidential,” he said in an email. 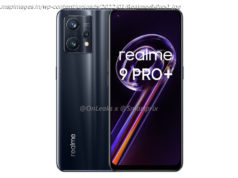 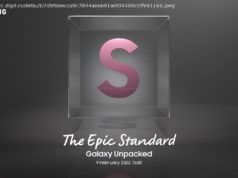 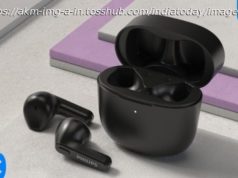