US intelligence radars and sensors “picked up no indication” of an Iranian ballistic missile launch in the days surrounding a reported test, according to a Trump administration official familiar with the latest US assessment.
“Iran has released footage of the successful test-launch of its new ballistic missile, Khorramshahr, a few hours after it was unveiled during a military parade in the capital city of Tehran,” Press TV said.
But the telemetry, or electronic signals, of a ballistic missile launch would have been picked up by a variety of US assets in the region who keep an around the clock eye on Iran’s weapons activities, the official said.
President Donald Trump tweeted about the apparent launch on Saturday: “Iran just test fired a ballistic missile capable of reaching Israel. They are also working with North Korea. Not much of an agreement we have!”
The footage shown on Iranian television appears most likely to be a re-run of a previous test launch, the official said.
The official did not know if Trump received an intelligence briefing about the launch before sending the tweet.
Fox News was the first to report that the US believes the launch did not take place. 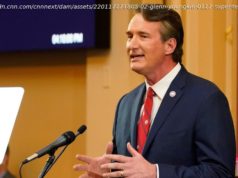 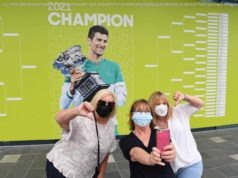 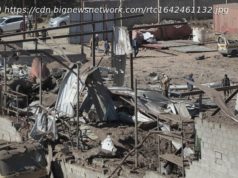