Florida hurricane catastrophe fund. Lloyd’s of London is in second with nearly $490 million in premiums written,
Re-insurers to get hit hard from Irma with Florida hurricane catastrophe fund in the lead
With 31 people dead across 3 states, Hurricane Irma was part of history. Never before have two category 4 or higher hurricanes struck the US mainland in the same year. In the wake of the damage – estimates are currently wide-ranging – Moody’s notes that while Florida insurers are likely to be hard hit, it is the re-reinsurance firms that are likely to be footing a large portion of the cost.
Nearly 65% of homes in the Florida Keys suffered major damage in Hurricane Irma’s gale-force winds, with 25% destroyed, according to Federal Emergency Management Agency Administrator Brock Long.
Damage estimates have varied widely. While Moody’s analytics is pegging costs at $150 million, close to the damage of Hurricane Katrina and near half cost of the high estimate. This honor goes to Barrie Cornes, an analyst at the Panmure Gordon, pegged the cost at $300 billion, with insurance companies responsible for $100 billion to $150 billion. The low estimate goes to Enki Research who pegged damages at $49 billion. AccuWeather pegs the costs in South Florida and southeast Texas to total near $290 billion, with Hurricane Harvey costing $190 billion and Irma costing $100 billion.
FEMA’s National Flood Insurance Program estimates its coverage exposure in the flood damage from Harvey at $11 billion. In Florida, only 18% of homeowners are estimated to carry flood insurance, which could result in a large homeowner cost burden. CNN reported as of Thursday FEMA had received nearly 734,500 applications for Harvey-related aid, already distributing $376 million. In Florida, Washington DC-based agency received 154,800 applications for Irma assistance, approving $21 million in assistance.
The primary frontline firms with liability include homeowner, commercial and auto insurers, most specifically Florida-only insurers; the Florida Hurricane Catastrophe Fund; Citizens Property Insurance Corporation and Municipal Electric Utilities. It is the re-insurers that will bear “outsize” losses, as many regional insurance firms held significant catastrophic hedges, a Moody’s report noted.
More than 60% of Florida homeowners are insured by “Florida-only insurers,” those firms who have at least three-quarters of their coverage in the state, according to Moody’s. Among the top 10 US homeowners insurers, only United Services Automobile Association (USAA) and Chubb INA Holdings have more than 5% of their premiums written in Florida.
The top firm is Universal, which had written $781 million of premiums in Florida and has 89% of its business concentrated in the state. The company has surplus cash of $314 million. Of the top ten Florida-only insurance firms, the total premiums of $3.6 billion, a small fraction of the total damage. The top ten firms have an average of 94% concentration in Florida with $8.68 billion in surplus cash. The level of their re-insurance is unknown.
Florida generally has the largest wind damage exposure of any state. Moody’s noted reinsurance losses related to Irma could vary based on the underlying exposures and the terms and conditions, which have carve-outs and reduce certain exposures.
“After a severe disaster, counterparty credit risk will be a significant factor and the response from the alternative capital providers could either solidify or raise doubts about their reliability,” Moody’s observed. “The event will test contract provisions, including collateral release mechanisms.”
The largest commercial property insurers include Citizens Property, Assurant and AIG, while the largest auto insurance firms include Geico / Berkshire Hathaway, Progressive and State Farm. Moody’s, however, estimates that auto damage will be much more severe in Hurricane Harvey than Irma.
The largest two re-insurers of this risk dwarf the wide swath of re-insurance firms. Florida Hurricane Catastrophe Fund (FHCF) is the leader, covering just over $800 million in reinsurance risk. Lloyd’s of London is in second with nearly $490 million in premiums written, as a bevy of other firms, led by Allianz and Tokio Marine, have just over $100 million in risk exposure. 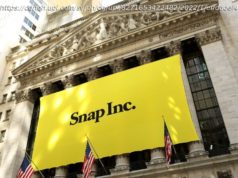 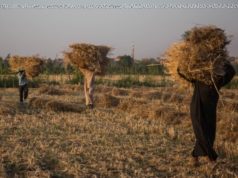 Russia is winning from the global food crisis it helped create 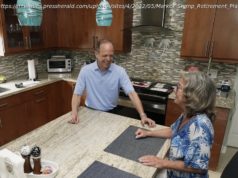