Desiigner gave an epic impromptu performance at a family friend’s Bar Mitzvah on Oct. 28 and we have EXCLUSIVE video!
Desiigner attended the Bar Mitzvah of Jacob Heyman, son of WWE legend Brock Lesnar’s advocate, Paul Heyman, on Oct. 28, and put on quite a show when he took centerstage for an impromptu performance. The rapper, who is a friend of the Heyman family and invited to the bash as a guest, surprised Jacob and his friends by performing “Panda” toward the end of the night. The kids went crazy as he belted out his hits, even bringing the Bar Mitzvah boy onstage to take part in part of the performance. Check out HollywoodLife.com’s EXCLUSIVE video of Desiigner above!
Earlier in the night, Desiigner was called up by Jacob to light a special candle, a part of the evening reserved for only those closest to the guest of honor. He even got lifted in the air during the Hora, as the guests circled around and cheered. Desiigner is best known for his 2016 hit “Panda,” and he signed a record deal with Kanye West’s label, GOOD music, that same year. “Panda” reached No. 1 on the Billboard charts, and fans are eagerly awaiting the release of his debut album, The Life of Desiigner .
In 2017, Desiigner took home two big honors at the Billboard Music Awards: Top Streaming Song and Top Rap Song. He’s also been nominated for two VMAs, a Grammy, two AMAs and three iHeartRadio Awards.
HollywoodLifers, what do you think of Desiigner’s performance?! 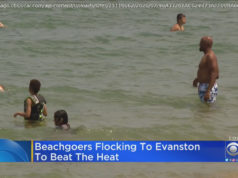 Chicago Beaches Are Closed, But Beaches In Evanston Are Open 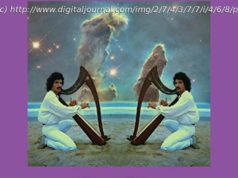 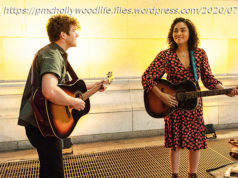