One lucky gamer almost loses their Nintendo Switch, but ends up recovering it after turning to subscribers of the system’s official subreddit for help.
While 2017 may have been a dreary year for many, it’s undeniable that there’s some good in this world, and one lucky gamer would likely attest just that after recovering their Nintendo Switch thanks to the help of a few subscribers of the console’s official subreddit. As it so happens, a man from Frankfurt, Germany lost the system at one of the busiest airports on the planet only to be reunited with it within hours of posting about the problem on Reddit.
After losing his Nintendo Switch at the Frankfurt International Airport, the Redditor known as “Pizzaboxmonster” posted on the forum since he’d seen a handful of fans retrieve their systems by using the online thread in the past. “I’ve seen several posts about people losing their Switch so I thought I’d give it a try,” Pizzaboxmonster wrote. “I know this has 0,000001% possibility to work, but here I go: Today, 27/12, in the bus from Terminal 2 to the Ryanair flight to Madrid. It’s in a black case, has two game cartridges in the card slots from the case and many eShop games. Last one played is Floor Kids.”
Interestingly enough, a fellow Reddit user by the handle of “itchybun” was already searching for the owner of a Nintendo Switch that they had found around that time at the very same airport. Several other users went on to comment on Pizzaboxmonster’s post with a link to itchybun’s thread, which resulted in the two connecting and verifying that Pizzaboxmonster was the owner of the system. With the matter settled, Pizzaboxmonster then thanked both itchybun and the Nintendo Switch Reddit community.
“I’ve been in contact with u/itchybun and as amazing as it can be, it seems I’ve found my Switch. I want to thank all of you for your comments. I can’t believe this is happening and… I’m still quite shocked, but sometimes good things can happen:)”
Without a doubt, Pizzaboxmonster and itchybun’s chance encounter at the Frankfurt International Airport is a bit of kismet worth commenting on. After all, any number of variables could have caused the Nintendo Switch to wind up in the hands of someone eager to keep it for themselves. They would’ve already had plenty of eShop titles to play, so then all they’d need is a game like Super Mario Odyssey or BotW to stay busy for quite a while. Nevertheless, maybe it was traces of post-holiday magic in the air that caused the situation to work out okay in the end.
The Nintendo Switch is available now. 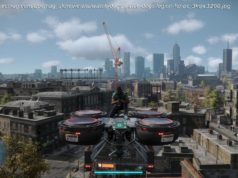 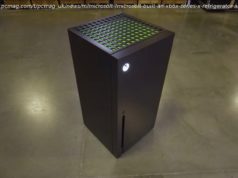