Among 10 Things to Know: Trump economic aide Cohn departs after trade disagreement; Nor’easter packing heavy snow, wind threatens new outages; prescription opioids fail rigorous new test for chronic pain.
Your daily look at late-breaking news, upcoming events and the stories that will be talked about Wednesday:
1. TOP ECONOMIC ADVISER EXITING WHITE HOUSE
Gary Cohn, the latest in a string of high-level departures from the West Wing, has been the leading internal opponent to Trump’s planned tariffs on imports of steel and aluminum.
2. WHAT MAY BE TOO GOOD TO BE TRUE
Trump appears to have gotten what he wanted from North Korea: a promise to put its entire arsenal of atomic weapons on the negotiating table. But Pyongyang has dashed such hopes before.
3. NORTHEAST US BRACES FOR ROUGH WEATHER
As utility workers scramble to restore power to thousands of customers around the region, another snowy, blowy nor’easter threatens a new round of outages.
4. WHICH TRUMP AIDE IS FEELING HEAT
A federal watchdog says counselor Kellyanne Conway violated federal law last year when she spoke out in support of Republican Roy Moore and against his Democratic rival in the Alabama Senate race.
5. PROBE OF EX-SPY’S COLLAPSE RAMPS UP
Britain’s counterterrorism police take over an investigation into the mysterious collapse of a former Russian spy and his daughter, now fighting for their lives.
6. TRUMP CONFIDENT OF VOTING SAFEGUARDS
The president says he’s not worried about Russia meddling in the 2018 midterm elections because “we’ll counteract whatever they do.”
7. WHY LESS-RISKY DRUGS COULD SUPPLANT OPIOIDS
Opioids including Vicodin and fentanyl patches worked no better than Tylenol and other over-the-counter pills at relieving chronic back pain and hip and knee arthritis in a year-long study.
8. FRESH WORRY FOR CLIMATE SCIENTISTS
The Arctic just finished its warmest winter on record and sea ice hit record lows for this time of year, U. S. weather data show.
9. WHOSE WORKERS ARE GETTING A BOOST
Target is raising its minimum starting pay for workers for the second time in less than a year after seeing a bigger and better pool of candidates.
10. LEBRON TEAMMATE DETAILS ORDEAL
Cleveland’s Kevin Love is opening up about his panic attack this season and his struggles with mental health. 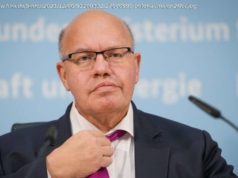 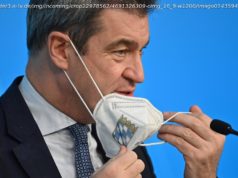 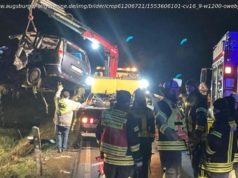